California Assembly Bill 2098, the COVID censorship bill that would label physicians and surgeons who engage in mis- or disinformation with unprofessional conduct, has changed.

The California tyrants have removed two sentences. Here they are:

The bill would require the board to consider specified factors prior to bringing a disciplinary action against a physician and surgeon.

Prior to bringing a disciplinary action against a licensee under this section, the board shall consider both whether the licensee departed from the applicable standard of care and whether the misinformation or disinformation resulted in harm to patient health.

Why get into all those pesky details? For example, what if the doctor prescribed ivermectin and it helped the patient? Well, we can’t have that. It was probably a fluke anyway, so let’s just de-certify said doctor without having to concern ourselves with “whether the misinformation or disinformation resulted in harm to patient health.” This would just make things more complicated while ordering lattes.

Also, what board member has the time to consider “specified factors” before “bringing a disciplinary action” against these evil physicians and surgeons? None that I know of as they are most likely off in Davos installing A.I. into their compromised brains and malfunctioning moral compasses. Oh yeah, A.I. will help that. Siri can’t even get my dictation right.

Look, I’m no attorney or ivy league politician used to reading crap like this, but this does not look good. It is more draconian than it was previously. It looks to me like these medical boards can pronounce someone guilty without any kind of due process. And why not? Dictators love shit like this. No need to follow the law when you are the law.

Apparently, I do know how to read this sickening bullshit. An attorney, Richard Jaffe, made some similar comments on his blog(opens new window):

But not to worry! Both feckless limitations on the Board’s power have been removed by the new amendment. I heard that the Board expressed opposition to even those weak restraints, and so voila, they are gone.

So, there you have it: Under the bill, docs can’t provide advice to patients about Covid unless the advice is consistent with the “contemporary scientific consensus.” If you don’t follow the scientific consensus, if you’re caught, you likely will be subject to Board action…

Where’s Gandalf when you need him? This bill shall not pass!

But, unfortunately, it probably will. 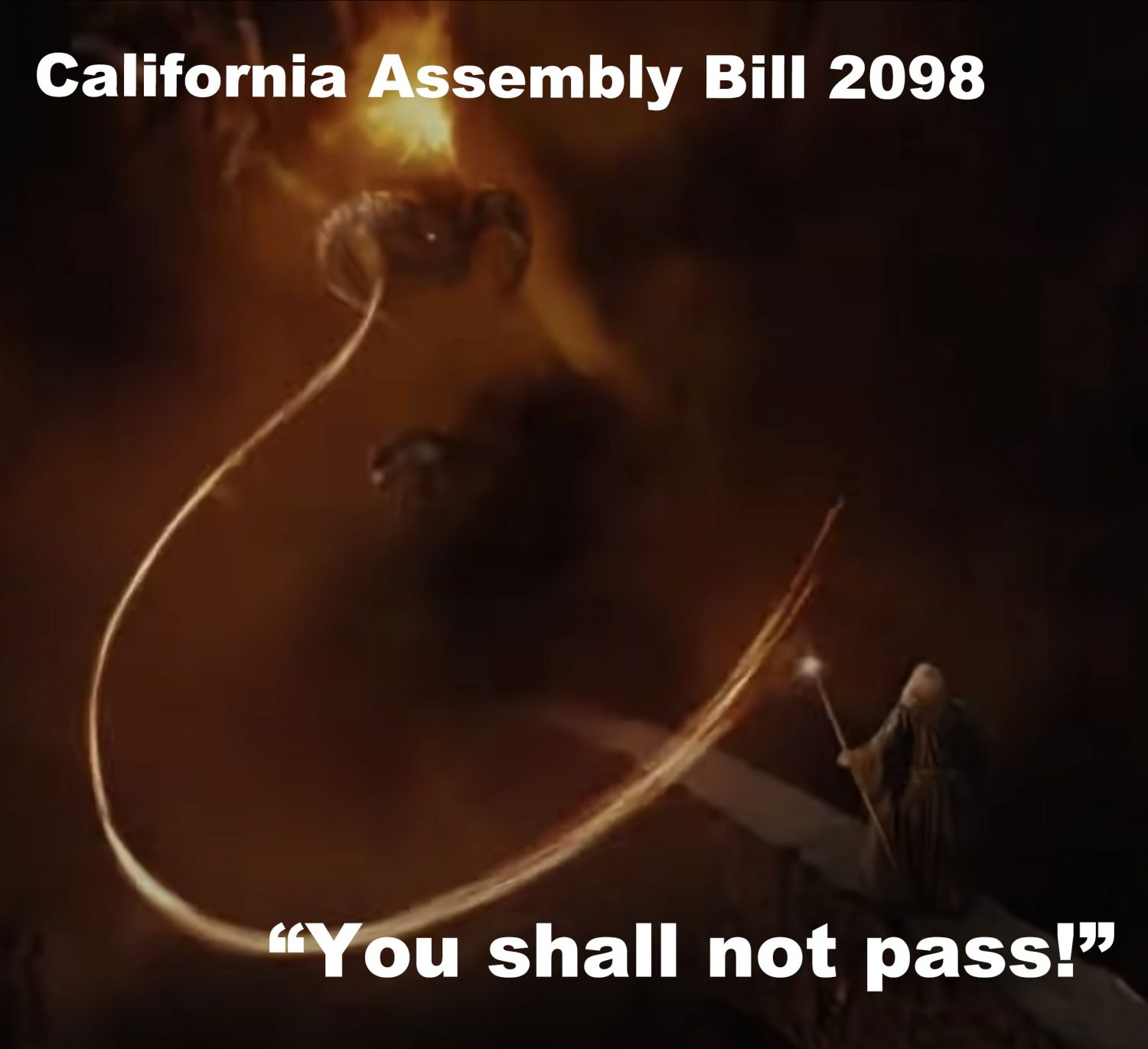 “You shall not pass!”