The lockdowns, the masks, the mandates have been and always will be about politics and power. Once it becomes politically expedient, as it is now with the 2022 midterms looming, the “science” will have to change. Since this “science” is simply whatever the state deems necessary to accomplish its goals, that’s really no problem at all, because the “science” is whatever the elites need it to be. As they start walking back these dictatorial regulations we’ve been living under for the last two years, they will expect you to thank them for it. Be grateful! The prison guards are going to let you play in the yard again. They might even give you a football.

Tony (Dr. Death) Fauci is concerned about us, as he always has been. Recently he showed just how much he understands us:

Ya think?!  Somehow? What we are up to here with is our own government imposing these unscientific mandates and regulations upon us for the last two years. COVID didn’t do this to us, the United States government did. Many great doctors knew exactly what we should do to get through the pandemic. Read The Great Barrington Declaration (which came out in October of 2020) that Tony (Dr. Death) Fauci and his sidekick at the time, Francis Collins, squashed when it came out because they wanted to sell more drugs. This approach would have saved tens of thousands of lives, probably millions. These people are evil.

But as Tony (Dr. Death) Fauci reminds us it is important not to be reckless:

You don’t want to be reckless and throw everything aside, but you’ve got to start inching towards that.

I have the answer. I and millions of others have had the right answer for two years. The answer is: NO! It was not and is not.

Never forgive and never forget what these people have to done to our children, our families, our loved-ones, our friends, our country and the world. 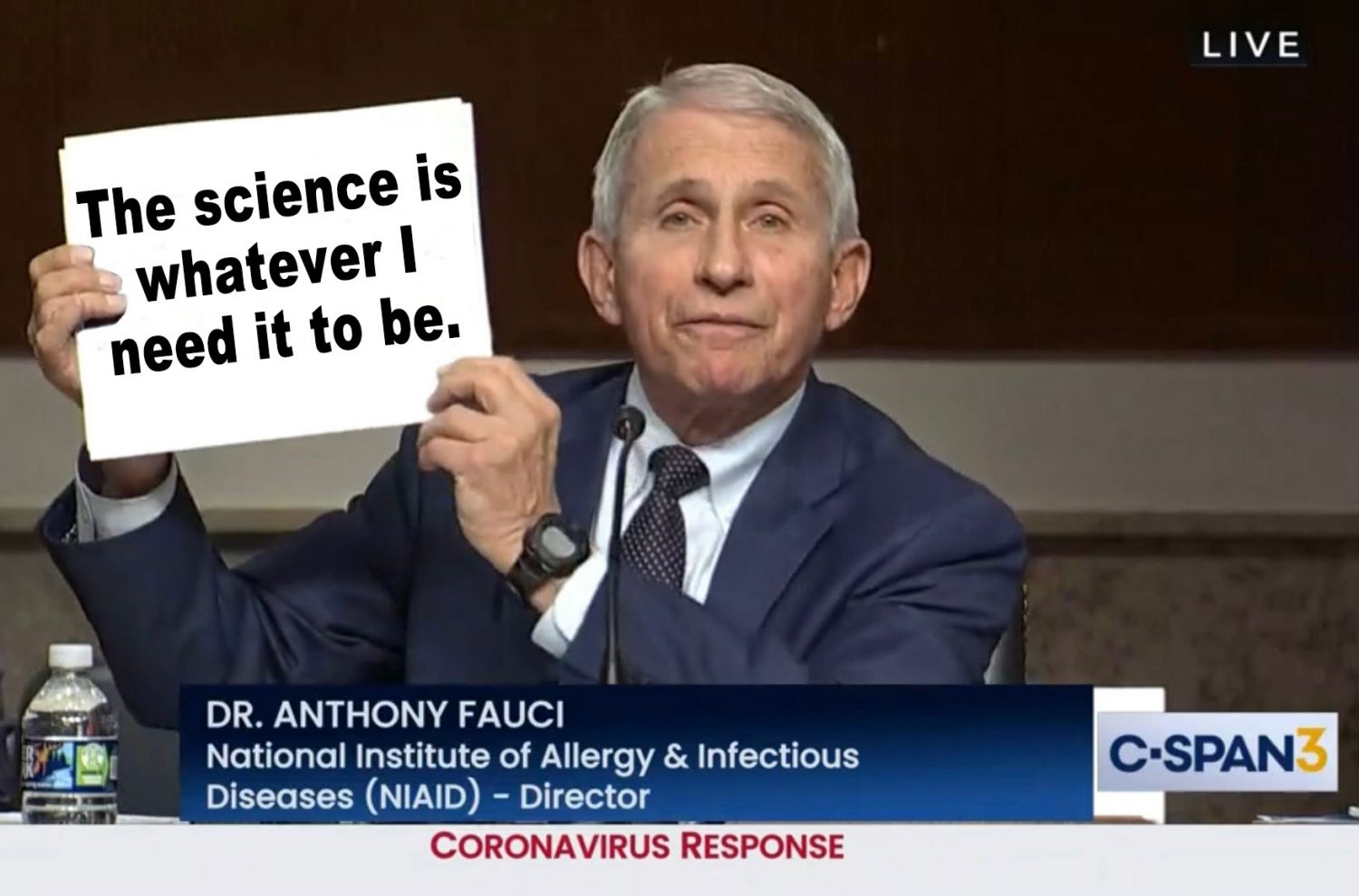 The science is whatever I need it to be.

As censorship increases also consider using email and text messages to send links.
« NFL Reporter Michele Tafoya Leaves NBC The Fall of Canada, The Danger in the US by Dr. Naomi Wolf »