It is hard to believe that a little over a year ago I, along with nearly 3,000 other employees of DHL, was laid off. Harder still to believe, possibly, is the fact that I do not have a job yet. It’s not an unpleasant sensation, but one I know that will have to be remedied at some point in the future. One of my former colleagues who also does not yet have a job put it very succinctly on a recent visit:

Oh, and how about that DHL? There I was watching the Olympics being bombarded with my former employer’s commercials—nice to know they can afford them now that we’re gone. I’ve also seen the big, ugly, yellow vans in several magazine ads and on occasions too numerous to count I’ve seen the vans during my travels as a contented, unemployed citizen. 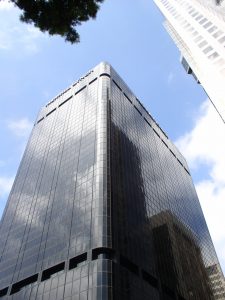 One of the more interesting things to happen to me in regard to DHL occurred this summer. I received a phone call from a lawyer representing DHL who wanted to talk to me regarding a lawsuit that had been filed against my former employer. Well, being the busy individual that I am I decided to go down to the offices of Littler Mendelson in downtown San Diego, located in a building in which I delivered thousands of packages during my illustrious career at DHL. I had been to that exact floor probably hundreds of times and there I was in the building, which we used to affectionately refer to as “The Darth Vader Building,” as a common civilian dressed not in my uniform but in a pair of jeans and a casual shirt – – – I can’t even remember if it was Friday.

The interview lasted about a hour-and-a-half.  Apparently there are some former DHL employees suing the company because they believe (or their lawyers have convinced them to believe) that they suffered under adverse working conditions by not being allowed to take meal breaks and/or other breaks required by law.  I have no way of knowing if their complaints are legitimate, but I had some fairly strong opinions about DHL regarding breaks, its policies and the nature of our jobs.

The lawyer explained to me that what Littler Mendelson wanted from me was a declaration.  She would write it (based upon my interview) as if she were me and then I could sign it and make any changes I thought necessary (bad thing to tell a writer).  At the end of our interview, which was an extremely professional and pleasant experience I said, “I almost feel like I’m cavorting with the enemy.”  She laughed.  Then I said, “But the truth is the truth.”  She said something like, “That’s what we’re after ‘The whole truth and nothing but the truth.'”

After the interview I trekked around downtown through the very areas that I delivered to for over 17 years to take some pictures and marvel at the interesting and fortunate events of my life over the last year. I even saw a DHL van. You can’t miss the yellow even if you want to.

About a week after my interview I received the declaration which, strangely enough, left out a lot of what I had to say.  The truth was there, but it was only part of the truth.  So, of course, being The Inmate I had no choice but to add in what the lawyer, for some higher moral purpose, no doubt, had decided to leave out.  I sent it back to her.  A couple of weeks later I received another email from her stating something like: “I need to talk to you about these changes.”  I waited . . . and waited . . . and waited.  Finally, I received another email apologizing for not getting back to me and stating that she would call me to talk about my changes.  I wanted to talk to her because I was curious to ask her why she left out what she did particularly when the things I mentioned directly involved what I was led to believe the lawsuit was about.  I waited . . . and waited . . . and waited and I’m still waiting.  Apparently the truth I had to offer was not one that Littler Mendelson believed was in the best interest of their client regardless of its validity.  You can read the declaration that never was below. 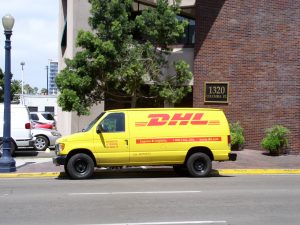 This is good marketing?

So . . . my life a year later?  Well, I’m back in college – – – for the fourth time.  I’m studying web site development and programming.  I started in January and will finish in December.  My unemployment has been extended because I am in “training.”  It’s been great.  I enjoy learning this stuff and I’ve had a great schedule.  Some of my classes have been online so most of my studying is done at home.  I’ve had mostly good teachers, a couple of great ones and one not so good.

One of the surprising things to me about going back to college has been the number of students around my age (46) and above.  I expected to be surrounded by late teens and early twenties but the range is wide though I’m older than most of my professors.  It feels a little strange starting an entirely new career at my age, but it seems to be the nature of the times.

If you’re a web designer/programmer with any advice to offer me I’d be happy and grateful to receive it. Or if you’d like a web site designed by The Inmate let me know that too. If you’re a publisher who wants to make me wealthy publishing this site in book form – – – ponder this: when my dream ends I’ll get up to brew a cup of tea and you will cease to exist.

The DHL lawyers decided not to obtain this declaration and hence it has never been signed and, at this point, more than likely never will. I have deleted all real names of individuals except my own.

I, Glen Draeger, declare that:

My wife sells books for homeschoolers. You should check them out if you homeschool your children.....what are you waiting for? Come on....click the link. It won't bite. I'm waiting......

See how much time you are wasting on
The Corporate Asylum.

How Much Time Am I Wasting?