I keep reading and people keep saying that we no longer have to wonder how it all went down in Germany during the 1930s and 1940s. Why is it that people did not say anything? How is it possible that people turned in their neighbors? Why did normal German citizens work as prison guards and willingly, at least on the outside, send thousands of Jewish people into the gas chambers and apparently go home that night to say prayers with their children?

It’s true, we no longer have to wonder. “Good” and “decent” policemen in Canada turned on their own peacefully protesting citizens. Some, literally saying, they were just doing their jobs. Citizens in Missouri turned in their neighbors and the businesses they worked at because COVID protocols were not being followed. Tens of millions of people have blindly accepted the instructions of the government to take an experimental mRNA vaccine. Private businesses, that are under no obligation to do so, are requiring that their employees take the jab.

Most disturbing of all are medical professionals, specifically doctors, who are not taking a stand against this massive human experiment. Thankfully, we have a good doctor who has spoken out and who does not encourage his patients to take the jab. One patient “fired” him, as our doctor put it, because of his stance on these “vaccines.” He has also had to treat many patients who have had reactions after getting vaccinated. He knows of many soccer athletes who have died from heart attacks. This is one doctor in one small practice. Certainly, other doctors are seeing the same things.

But where are all these doctors? Why are so many in the medical community not speaking out? No doubt doing so would have consequences (loss of job and/or medical license, loss of respect from some colleagues and economic hardship) , but so does not speaking out. It has consequences for all of us as the governments worldwide continue to push their agendas forward. By not speaking out doctors give the totalitarians exactly what they want and require: obedience. Doctors who don’t speak out, but believe they should, know they have capitulated to an immoral directive (often from their medical boards) and with that destroy a bit of their self-esteem and self-worth making each successive capitulation easier and easier while subsequently losing more and more respect for themselves.

They conform to a particular requirement and in so doing they themselves perpetuate that requirement.

— Vaclav Havel, The Power of the Powerless

What we are facing requires massive civil disobedience. If every doctor who is seeing the terrible consequences from these vaccines spoke out we would be in a much different place than we are now. The same would be true if every citizen who thinks mandates are wrong did not comply, if every employee who was forced to get the jab to keep his job refused. Civil disobedience does not work if only a small percentage participate.

The problem is that we are now in a time when it really matters if a lot of people resist all at once. This decision whether or not to speak up makes the difference, when it scales, between freedom or servitude forever.

Now is the time, doctors. If you’re waiting for the right moment, that moment is now, always has been now. So many of you have let down your colleagues and friends who are speaking up and risking everything to do so. But you’re letting us down too and you are forsaking the oath of your great profession. Together we can do this, apart, as Wolf says, we face “servitude forever.” 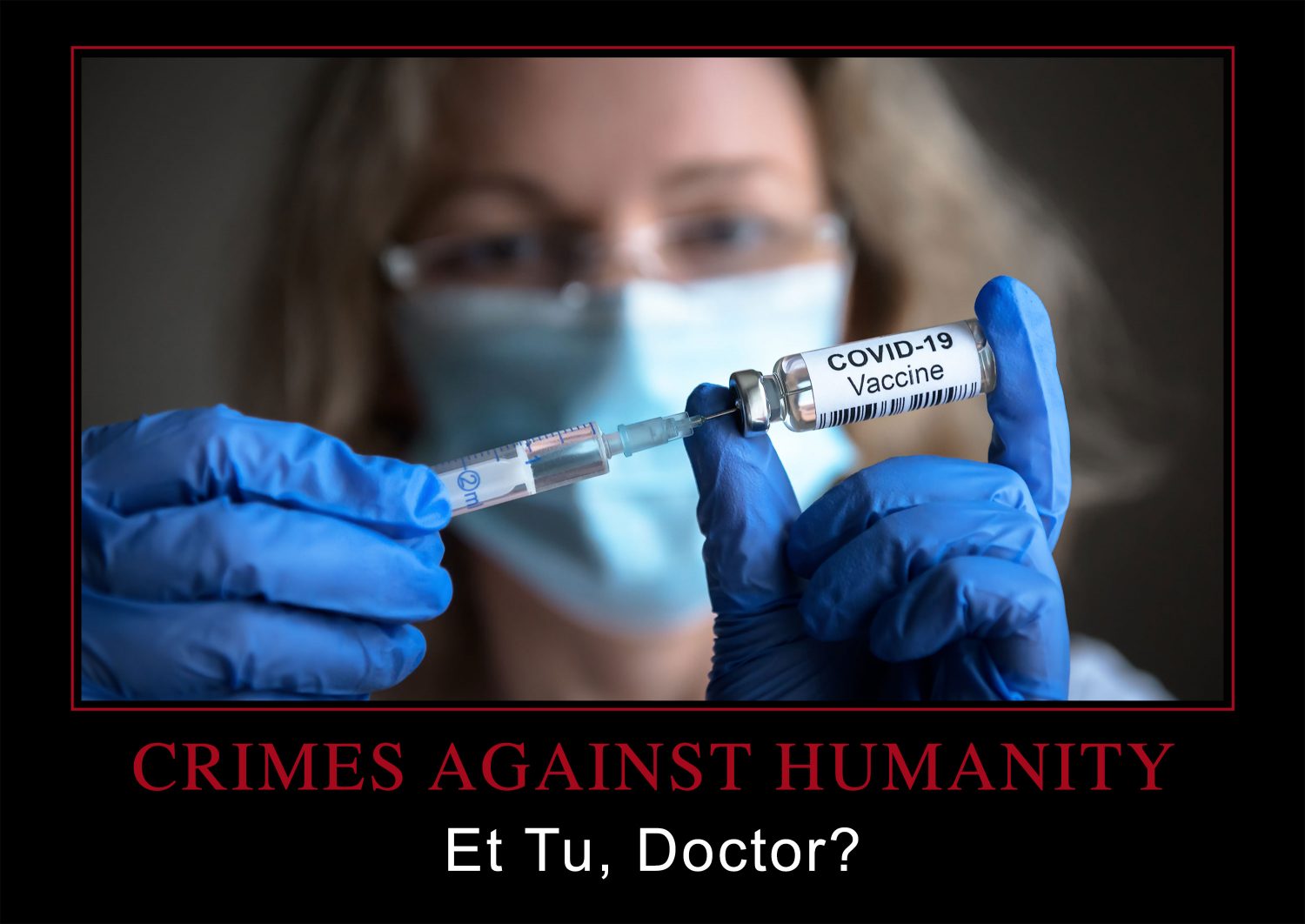