In which the author considers if The Asylum has hit the "Big Time."

My day job is web development. I’m a one-man show and started my business in 2006. Though Search Engine Optimization (SEO) is not my speciality (I mainly program and maintain websites) I have learned a fair amount about it because of some of my personal projects (including The Asylum) and because some of my clients will hire me to help them because they trust me and don’t want to pay a SEO expert.

The Asylum’s web traffic has been increasing (thanks!), it’s nothing earth shattering, but still I am a little surprised at the traffic after starting the site in December of 2021. The subject matter here is very focused: it’s conservative, it’s MAGA. The site has kind of morphed into an emphasis on the jab, mandates, etc, but I also mention the stolen election, Russia/Ukraine and a few other things that might be in the news. The Asylum is not Google’s sweetheart.

I started using Google when it was in its infancy and the alternative search engine on the internet. It was cool to use Google back then. My how things change.

Those are the big four. You would think that most of The Asylum’s search engine traffic would come from Google. Here’s how it plays out on The Asylum over three months based on number of users.

Here’s another site I work on during the same period with about half the traffic. This site has no politics whatsoever on it.

And for good measure here’s another one that has only one political post among hundreds of others:

I know this is not definitive, but it does appear that Google is censoring The Asylum. It’s not something I didn’t expect. In fact, I wondered how hard it would be to get traffic if Google was censoring the site. Over half my traffic is not from search engines at this point, but it is search engines that will put you on the map if you are not actively advertising. I’ve done no advertising.

Censored by Google. I guess that means The Asylum is over the target. 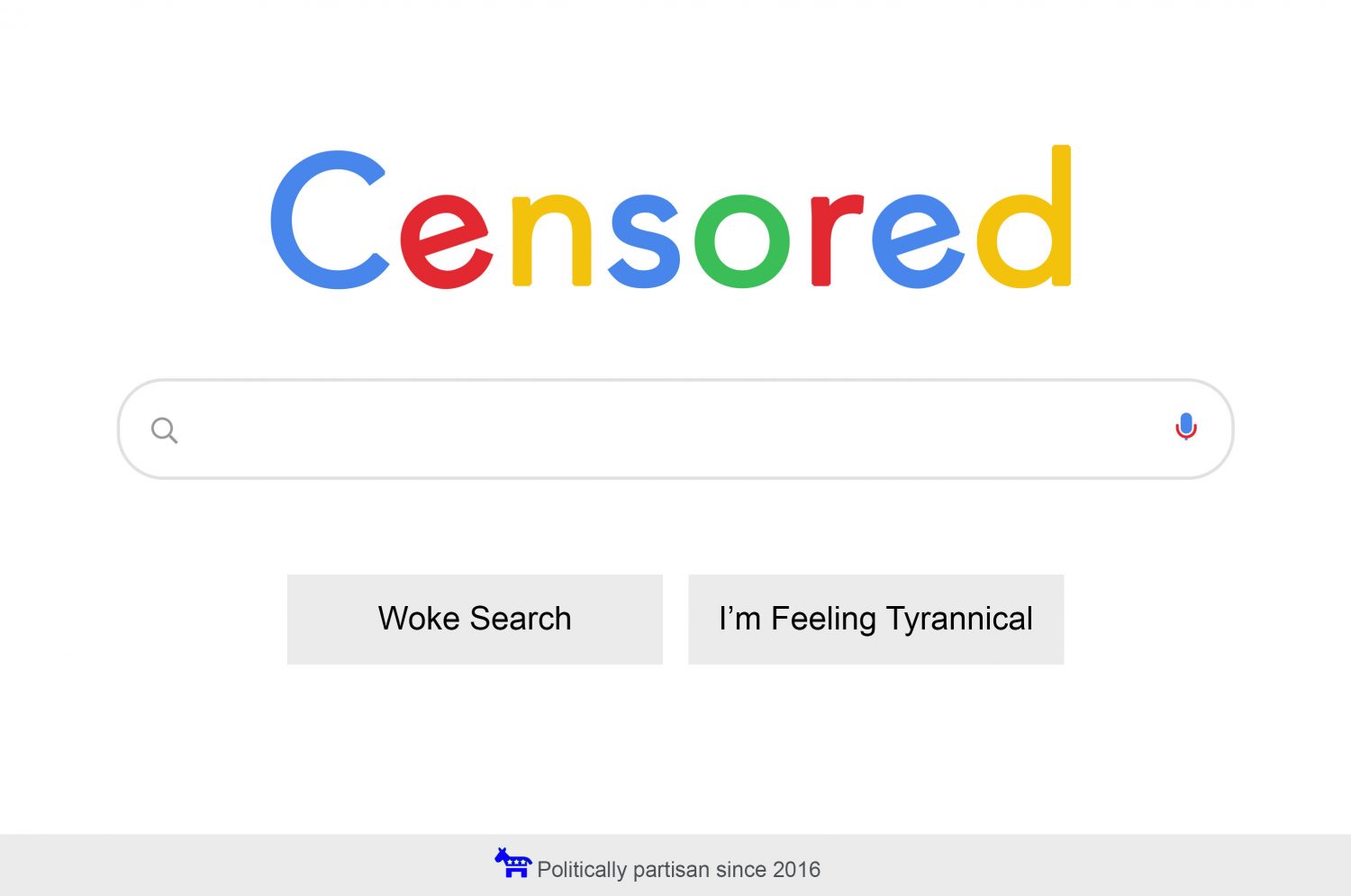 As censorship increases also consider using email and text messages to send links.
« Tucker Carlson: What is a Woman? Uncovering the Corona Narrative by Ernst Wolff »