When you study history, you often discover that some of the most positive things that occur are due to chance or someone screwing up.

— A Midwestern Doctor, The Forgotten Side of Medicine

My wife, son and myself were just talking about baby formula last night. I had seen an image of the ingredients. The first ingredient was corn syrup. Corn syrup? Are you kidding me? This morning in my inbox was this article: “Why The Baby Formula Shortage Is Actually a Good Thing(opens new window)” by A Midwestern Doctor. This is a very good article and I recommend reading the entire thing and subscribing to this doctor’s substack.

As an aside I went to Amazon to find some ingredient lists for baby formulas. Some had lists and some didn’t. There were lots of statements about this or that ingredient having the same benefits as breast milk but on many formulas there were no full ingredient lists which I know are on the back of the bottles and boxes that one purchases. Even an organic brand did not list ingredients on Amazon. There was a brand that was a “Whole Milk Toddler Formula Powder” that listed its ingredients which included a lot of things other than milk. Also the “Plant Based” formula listed its ingredients…a ton of them, but no corn syrup….just organic brown rice syrup. The Enfamil organic brand listed ingredients, but none of its mainstream products on Amazon did that I looked at.

The lesson here is this: Breastfeed your babies. It has worked for thousands of years. No need to change now.

Continue reading here...
Here are some highlights from the article:

The purpose of this article is to try and highlight why a shortage of baby formula is actually in the interest of the American people.

When I was a medical student, I completed my pediatric rotations in a community clinic that predominantly served people of color of lower socioeconomic status.  When I was there, I thought it was very odd that we pushed infant formula on almost every patient we saw.  This was the case, even when mothers complained about their children having difficulty with the formula (such as reflux or digestive issues).

We Should Have Known

What I learned from Robert Mendelsohn, a renowned pediatrician, was that the growth charts were produced by the infant formula companies, and they deliberately listed an above average weight for each age group so that many children would be flagged as being underweight and require additional “nutritional supplementation“ in order to have a healthy “normal” weight.  After I found this out, I was a bit disappointed this possibility had never occurred to me because it is extremely similar to corporate PR operations you see throughout the society.

A Midwestern Doctor’s Friend told Him This

“Mendelsohn told me that during his appointment as Medical Director of Project Head Start’s Medical Consultation Service in 1968, he was horrified by the discussions held privately in the White House with his medical colleagues. They were openly discussing how they could control the population of the poor by promoting infant formula, vaccinations, sadistic hospital birthing practices, deficient government schools, and neighborhood abortion clinics. This was just too much of an assault on his strong Jewish faith and his Hippocratic oath.”

That physician [the Midwestern Doctor’s friend] repeatedly discussed the topic of infant formula with his mentor Dr. Mendelsohn, who in turn emphasized his primary objections to the medical practices of the time were: medical interference with childbirth, medical interference with breastfeeding, overuse of vaccines, and unnecessary drugs and surgeries. From my own research, I have come to the identical conclusions Mendelsohn did.

The rate of obesity has been continuously increasing within the United States, and arguably is the greatest (and most preventable) public health crisis our country faces.  A few years ago it was estimated that over 40% of the US population is overweight (with 9.2% in 2017 having severe obesity), and I would not be surprised if we are near 45% due to the spike in obesity that occurred following the COVID lockdowns.

The Importance of Breastfeeding

The article has a great list of the benefits of breast-feeding.

Every now and then in medicine, I see something being done that I can only interpret as an attempt by a scientist supplant God that is entirely rooted in ego.  One of the best examples has been giving man the ability to maintain pregnancies.  This has been done so far by retaining the uterus following a sex change, artificially maintaining the viability of the pregnancy and then performing a C-section.

Using modern advanced genetic technologies, a push has emerged to develop synthetic human breastmilk. I am seriously doubtful the final product will ever be comparable natural breast milk in terms of nutritional quality, immunological quality, safety, and most importantly cost. Nonetheless this field is receiving significant investment.  I was alerted to this because Bill Gates’s startup, which is attempting to develop the synthetic milk recently received a $3.5 million outside investment. After this happened, the Gates foundation donated $3.5 million to the Guardian (an English newspaper that used to be fairly honest), and immediately after the Guardian received this donation, it published an article highly critical of breast-feeding. 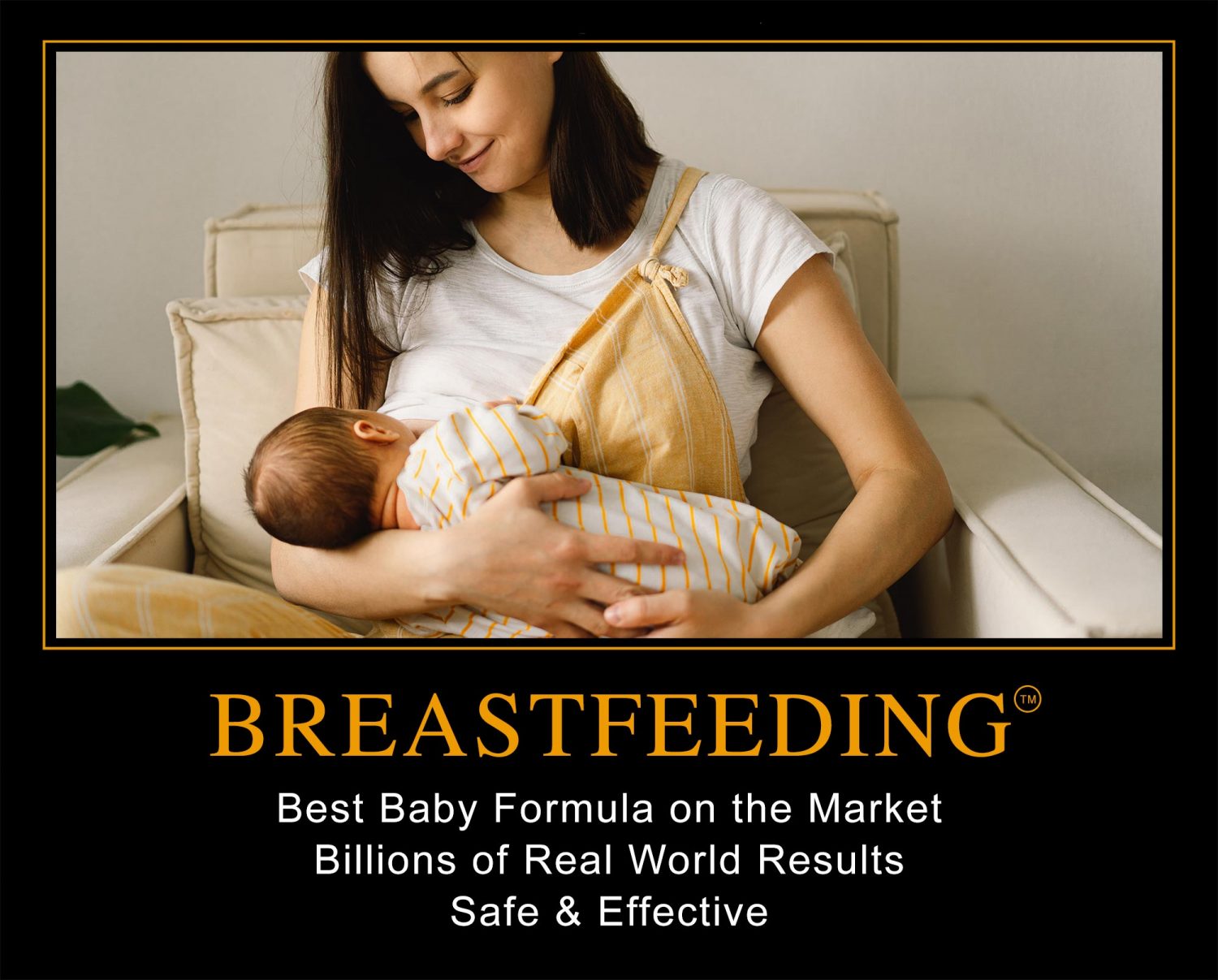