For some on the Right the above phrase, they say, is just playing into the hands of the Left. By using that phrase we are avoiding using the phrase that is much more explicit and to the point, hence each time we use it, the Left is simply laughing at us for playing right into their hands.  Almost like we’re afraid to use that other phrase. That’s one view.

There are those on the Left who say that using that phrase is a juvenile exercise practiced by people with inferior intellects. It’s been called a “code” to “insult” Biden. I think it’s cool that we have a secret code! It was said it would just fade away, like some cowboy riding off into the sunset at the end of a good western.

Both camps are wrong. The phrase has become satire. It’s the Court Jester making his sentiments known directly to the king. Remember the fake President agreeing with his caller? “Let’s go Brandon, I agree!”

Most certainly this fake, illegitimate President has no cognitive issues! Why would you think that?

The reporter, who some say legitimately misunderstood the obvious chant in the NASCAR audience, I think, was and probably is so woke she was attempting to guide her intellectually inferior listeners by her quick thinking. I suspect she felt triumphant coming up with this and saving her NASCAR audience from hearing such vulgarity. Think of the children!

I love the phrase and that it is so popular. The Left hates it. Most everyone knows what it means by this point (unless you’re an academic attempting to deconstruct it) and if they don’t it’s nothing that a quick search on the internet won’t cure.

And just for the hell of it….

Have a nice day! 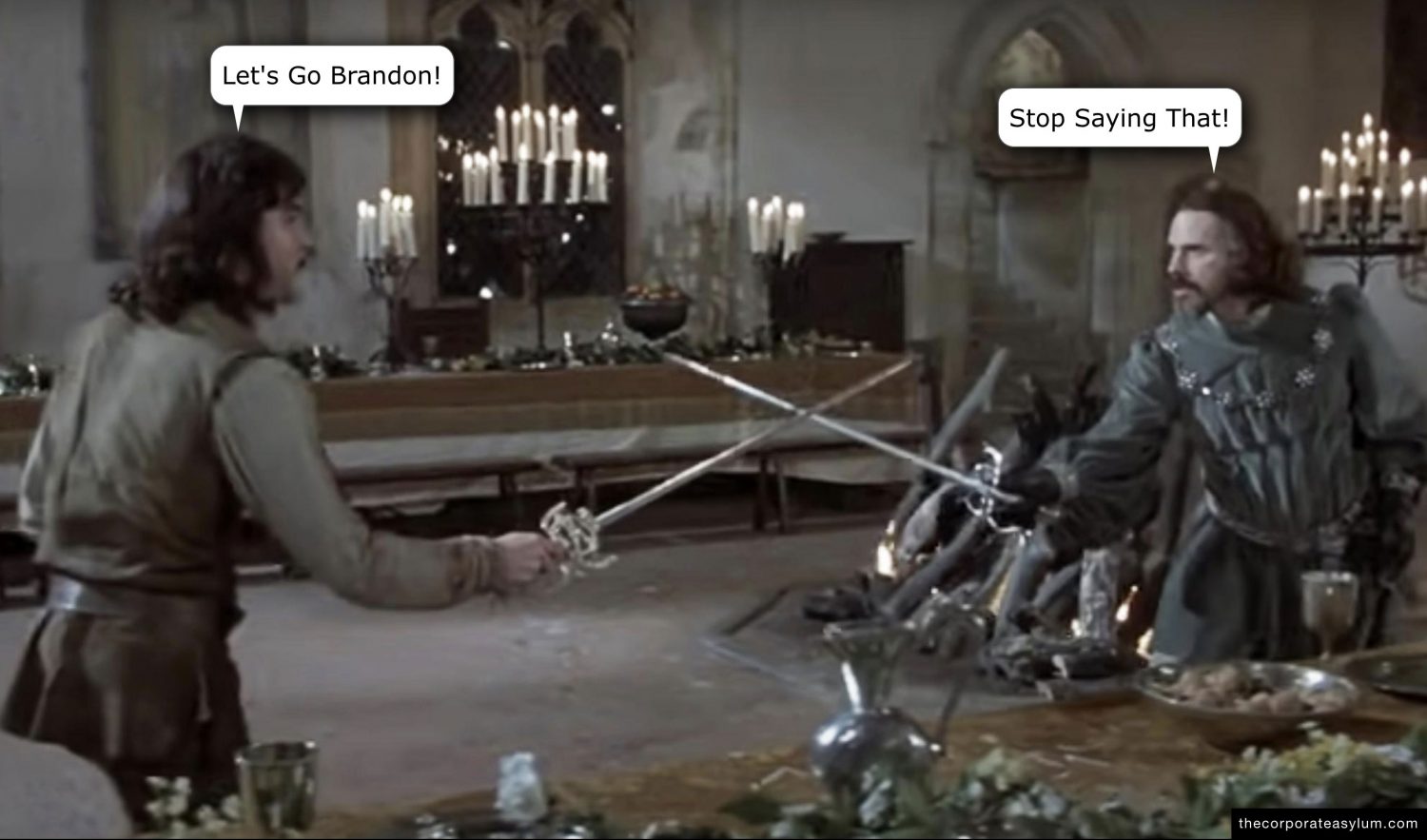