If you want to be a good American and make a six-figure salary—or be friends with people who make six-figure salaries—then do as your government tells you: Sit down, shut up, stay home, save lives, take your shots, show your papers, and muzzle your kids.

There was a tabletop exercise in March of 2021 sponsored by the Nuclear Threat Initiative (NTI ) regarding biological threats. On their website(opens new window) along with a “Nuclear” tab there is also a “Biological” tab so I guess that explains their foray into pandemics. I envision six kids playing Risk at the kitchen table after school, but this game has far more serious consequences, though world domination is a common theme for both. The title of the paper summarizing the findings of the exercise is:

And the introductory paragraph contains this:

In March 2021, NTI partnered with the Munich Security Conference to conduct a tabletop exercise on reducing high-consequence biological threats.

This is great, right? It’s always best to be prepared for unexpected biological threats. But just how unexpected is it? There are some alarming things in this paper that might make a sane person stop and contemplate it for just a few seconds before turning on Thursday Night Football in an attempt to pretend life is still normal and there is nothing whatever to be worried about. A sane person might do that. An insane person would just ignore it, turn on Thursday Night Football, order a pizza, drink some beer and schedule their next booster shot.

Continue reading here...
You can read the 36 page paper yourself (1.75MB) PDF, opens new window(opens new window)…or you can just let me pull out the important stuff so you can do the really important stuff like searching for farmland in Oklahoma. You better hurry, Gates is looking too. The first sentence in the foreword shows just how understanding and sympathetic all the participants were:

Over the past two years, the world has faced the devastating impact that a biological event can have on human health, economics, and political stability.

One of the other things that the paper advocated for is a “no regrets” approach to pandemics. Basically that means they can do whatever the hell they want to do and if it was the wrong thing to do, they won’t have any regrets about it. We’ll have regrets, no doubt, but they won’t have any and that’s the way it should be since they’re just better and more important than us. Isn’t that the the approach they’re using now? Can someone fill me in? Here’s how the paper put it:

Participants stressed that national-level decision makers must build trigger-based plans that emphasize a “no-regrets” bias toward early action. Although there is inevitably a risk of false-alarm responses, participants deemed the risk of delay as far more consequential. Action, one participant argued, must be the “default pathway” because “you will not have the luxury of waiting for certainty.”

This is just an excuse for more control. If it was too much, too soon, oh well. We only had the best of intentions. Sorry you lost your job and your house and that there’s no more Thursday Night Football. Would you like some cream in your coffee?

According to Dr. Malone the monkeypox virus isn’t anything to be that afraid of “Unless there has been some genetic alteration, either through evolution or intentional genetic manipulation…” Okay, no problem. We’re good, right? Well, maybe not so good. The scenario in the tabletop exercise “reveals that the initial outbreak was caused by a terrorist attack using a pathogen engineered in a laboratory with inadequate biosafety and biosecurity provisions and weak oversight.[emphasis mine]” The paper elaborates:

An independent Arnican terrorist group—the SPA—had worked with sympathetic laboratory scientists to engineer a highly contagious, deadly pathogen and disperse it at crowded train stations in Brinia during the national holiday, when much of the population was travelling [sic] domestically and internationally.[emphasis mine]

I wish I was making this stuff up. By the end of the scenario on December 1, 2023 there are 3.2 billion cases and 271 million deaths. Admittedly, this is not enough. Adequate depopulation is going to have to do a lot better than that. Gates was probably disappointed when Dr. Chris Elias, from the Bill and Melinda Gates foundation, reported back to him on the exercise. Let’s face it, these are rookie numbers! Gotta get those numbers up.

Don’t worry, I suspect this is probably a trilogy.

I learned a new acronym reading this paper: PHEIC. It stands for Public Heath Emergency of International Concern. I also learned this system must be upgraded. In other words, we need more bureaucracy. That was a constant theme in the paper: the need for more oversight, more systems (biosecurity and biosafety), more money (no surprise there), more funders and, though unstated, most likely more tabletop exercises in exotic vacation spots. Maybe there’s an island where everyone could meet? Just throwing it out there.

The paper is quick to point out that the countries that did best in their fake pandemic were the ones that early on adopted the wearing of masks and limited gatherings. I’m sure the “no regrets” enforcers will implement these early during which time they’ll have no regrets as they continue to socially mingle as they always have without masks and in close quarters, something we learned daily about our feckless leaders during the first pandemic.

I expect the real world sequel will most likely stick to what worked in the original. Check the Mainstream Media for showtimes. 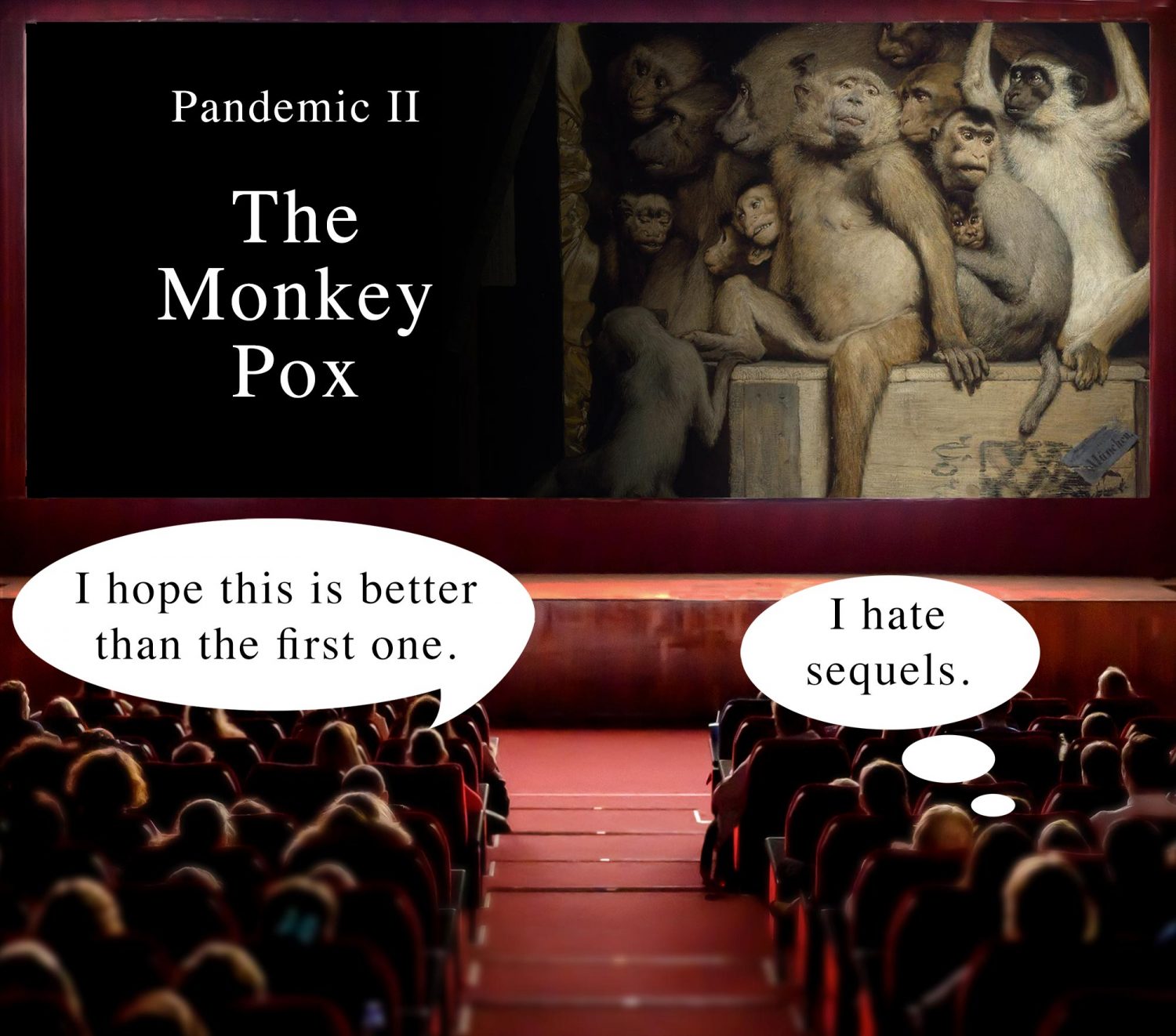 I hope this is better than the first one.