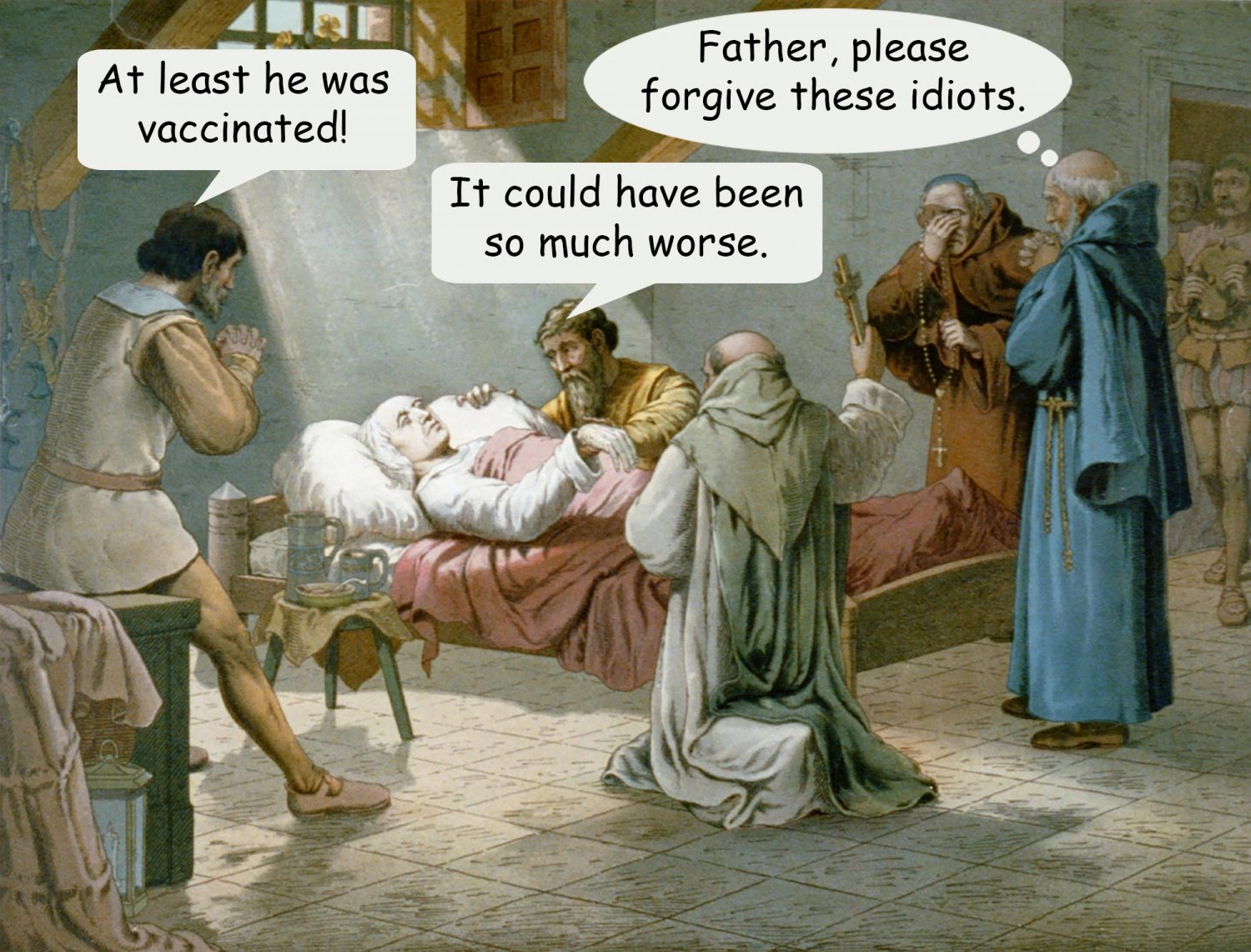 At least he was vaccinated!

It could have been so much worse.