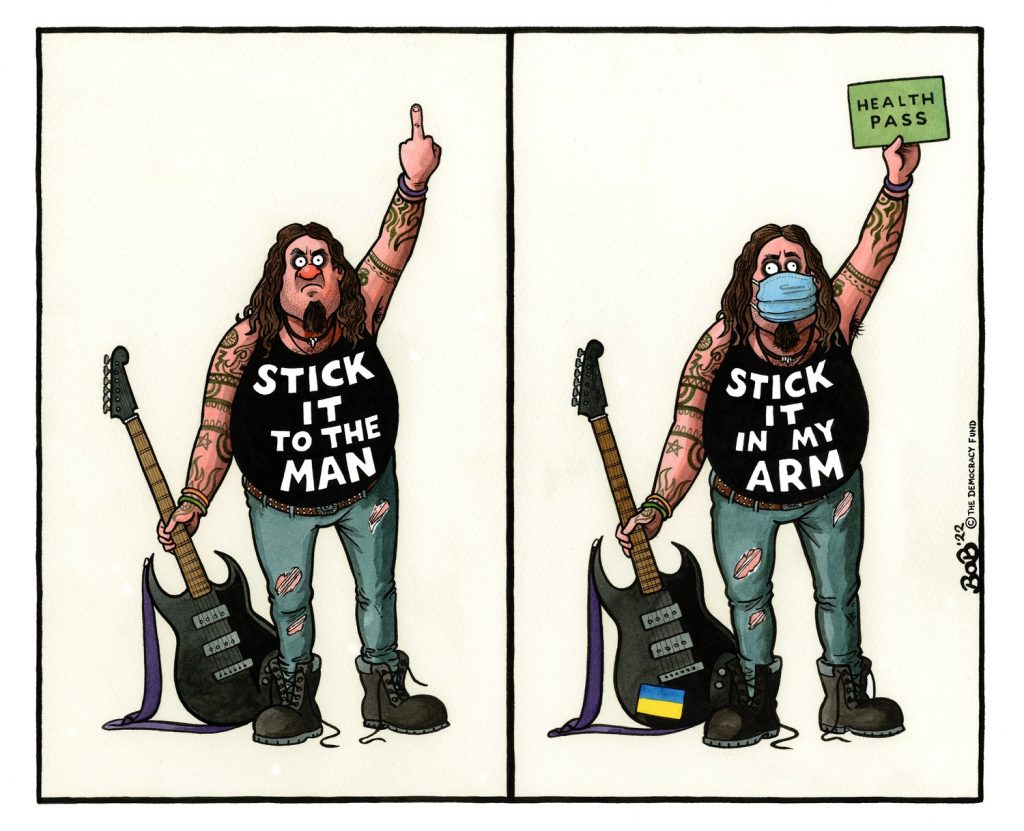 Rock and Roll Over by Bob Moran. Used by permission. View or Buy Print.