We [the unvaccinated] have withstood hurt, insults, attacks, smears, stigmatization, denounced, isolation, ostracization, humiliated openly, job and earning loss, discriminated against, and social isolation and exclusion. We were banned from loved ones, families, friends, and lost near 2.5 years of life, liberty, freedoms. Due to Fauci and Birx and Hahn and Redfield and Francis Collins and all of those sick twisted inept malfeasants who had the science but chose to go against it. Everyone else bailed and fell, their independent thinking was sidelined. Somehow and one day we will learn all who did wrongs here and we will get accountability. 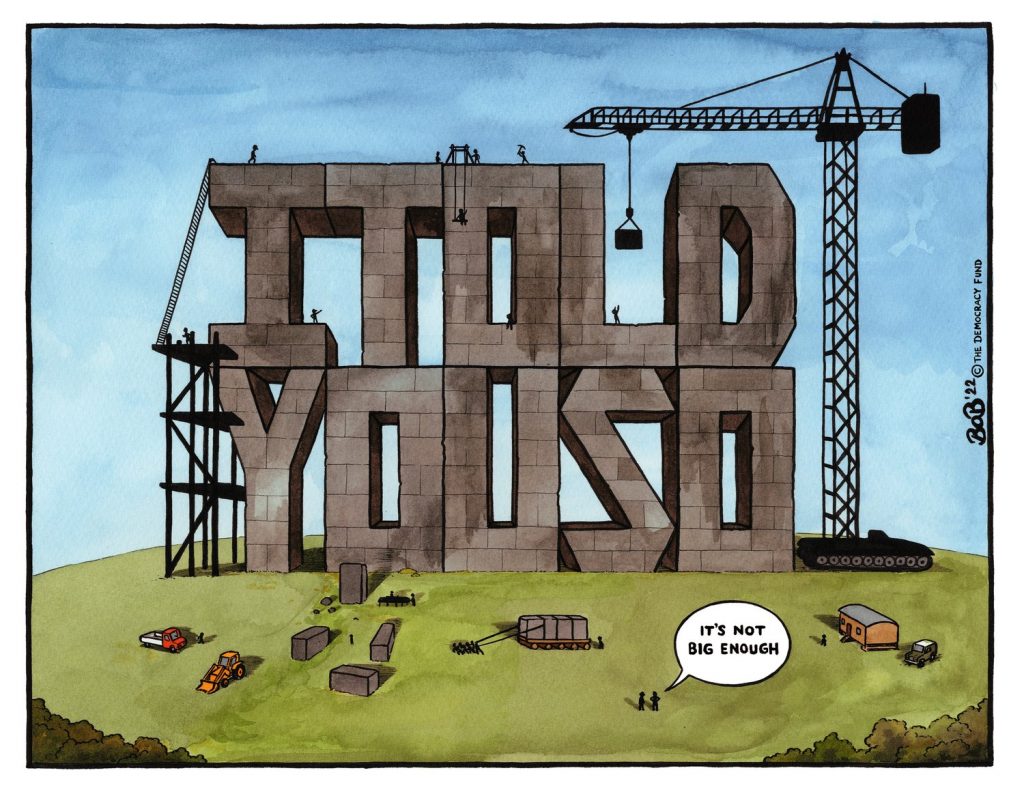 Told You So by Bob Moran. Used by permission. View or Buy Print.