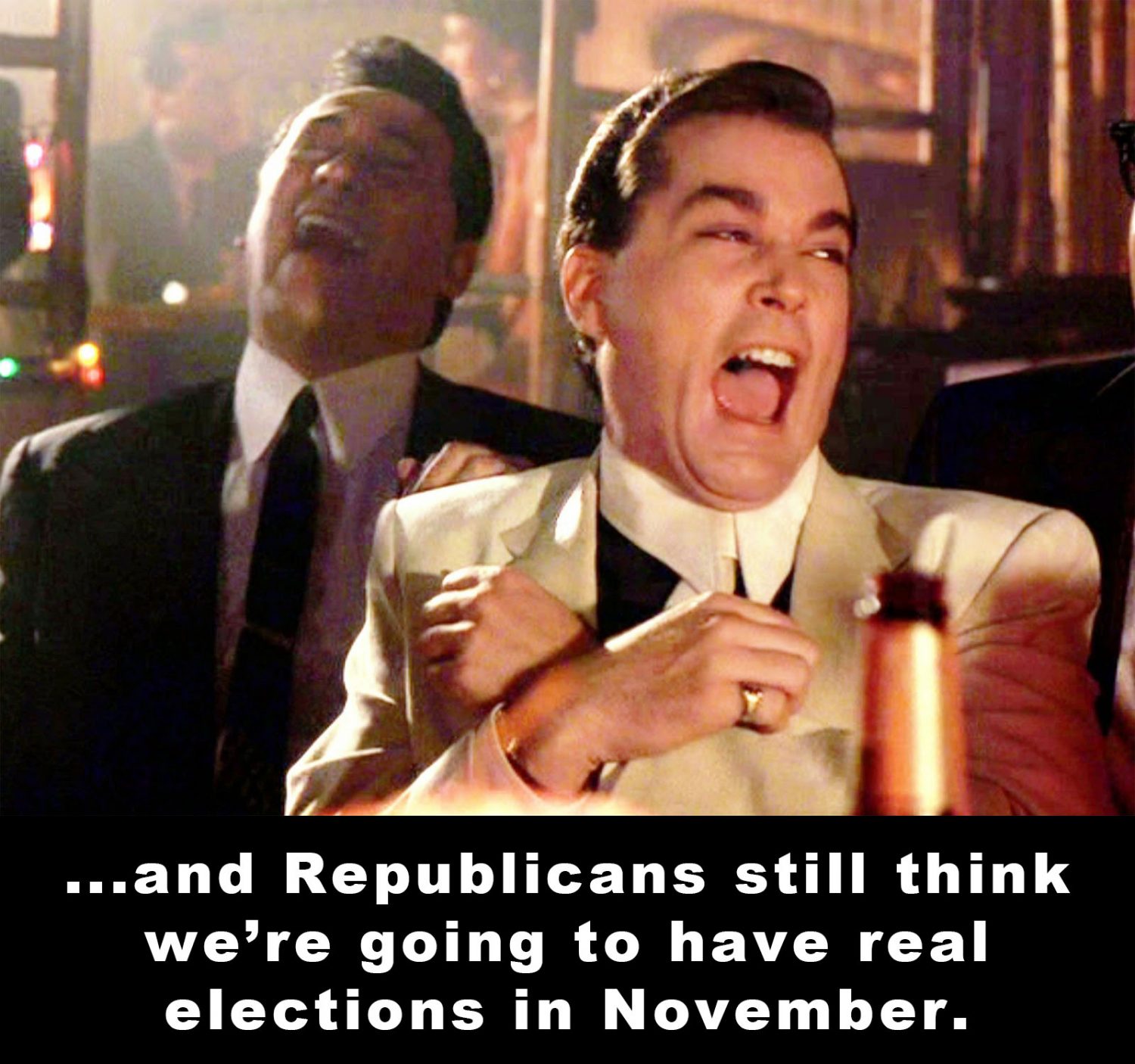 …and Republicans still think we’re going to have real elections in November.