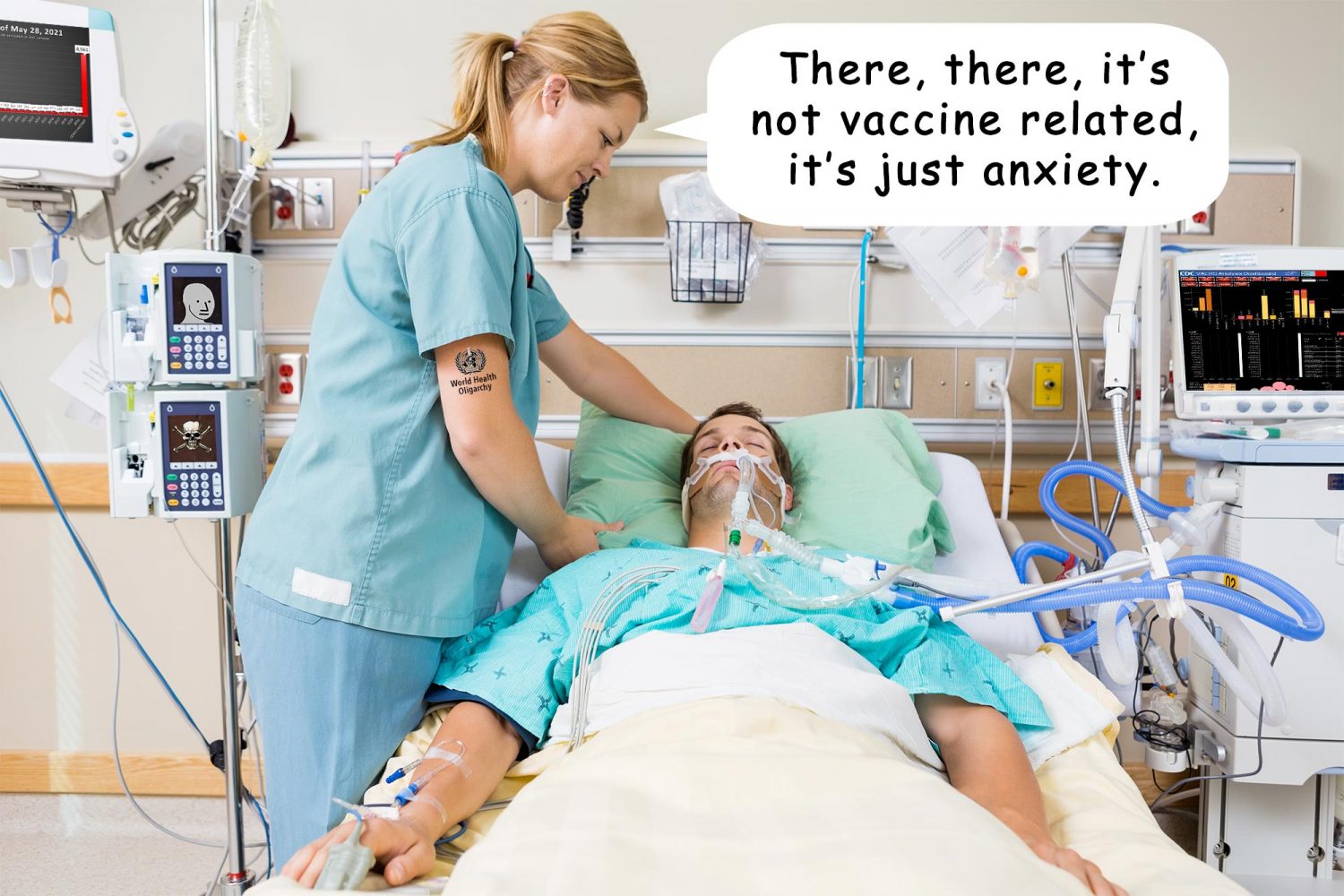 There, there, it’s not vaccine related, it’s just anxiety.

As censorship increases also consider using email and text messages to send links.
« Double Down. Triple Down. Quadruple Down. Watch and Listen, but Don’t Wait for Help from the GOP »