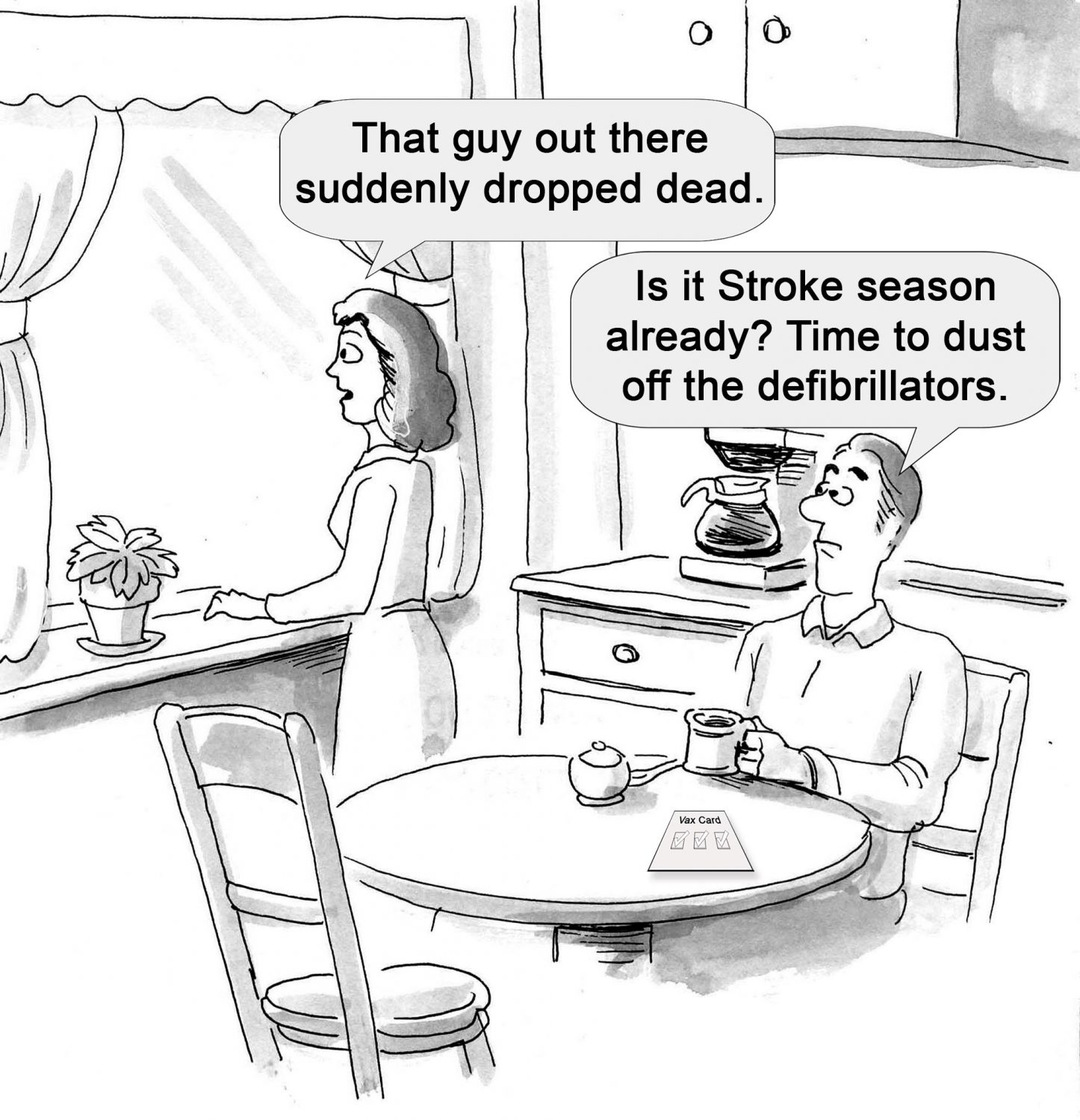 That guy out there suddenly dropped dead.

Is it Stroke season already? Time to dust off the defibrillators.