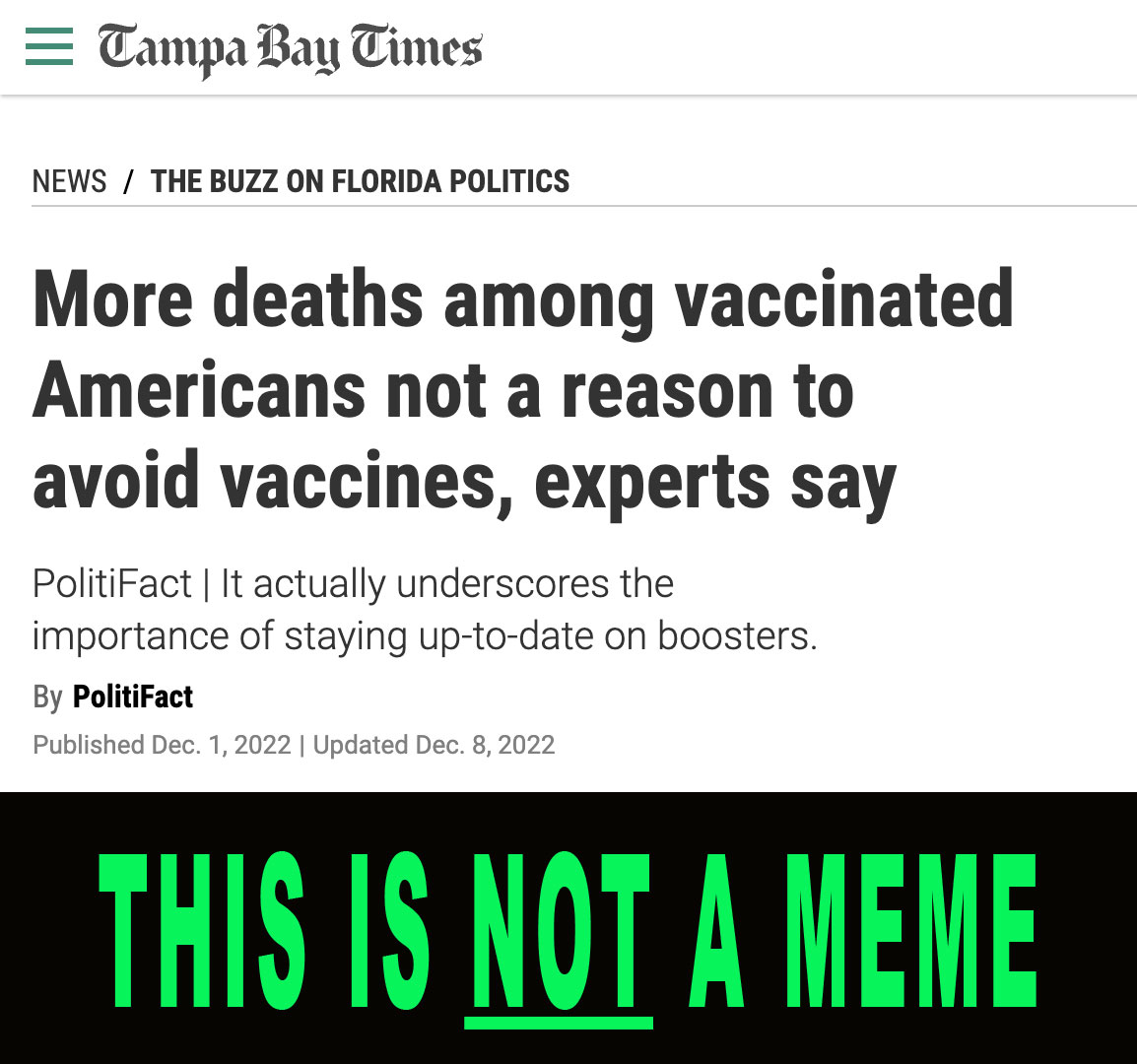 More deaths among vaccinated Americans not a reason to avoid vaccines, experts say

THIS IS NOT A MEME