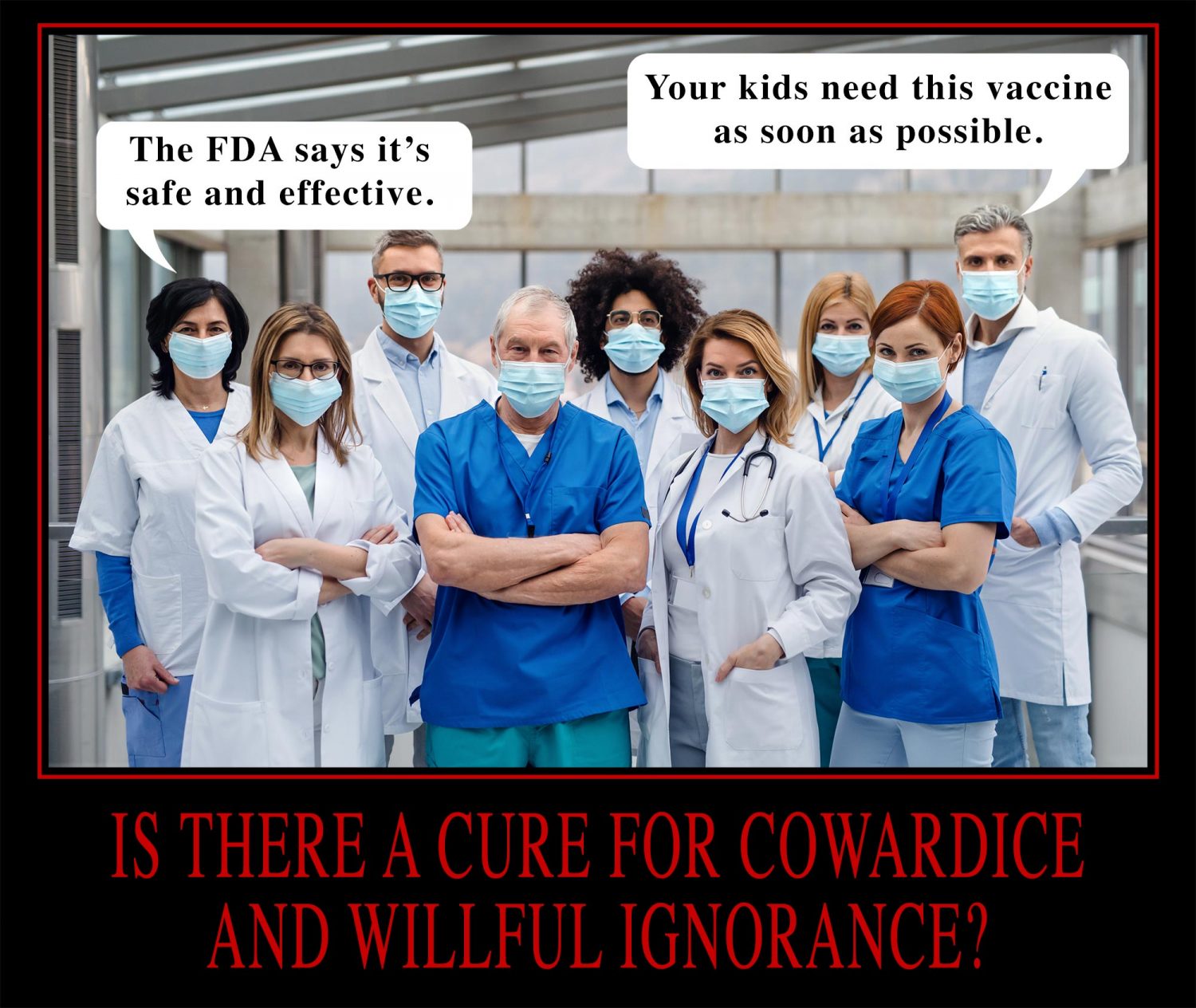 The FDA says it safe and effective.

Your kids need this vaccine as soon as possible.

IS THERE A CURE FOR COWARDICE AND WILLFUL IGNORANCE?