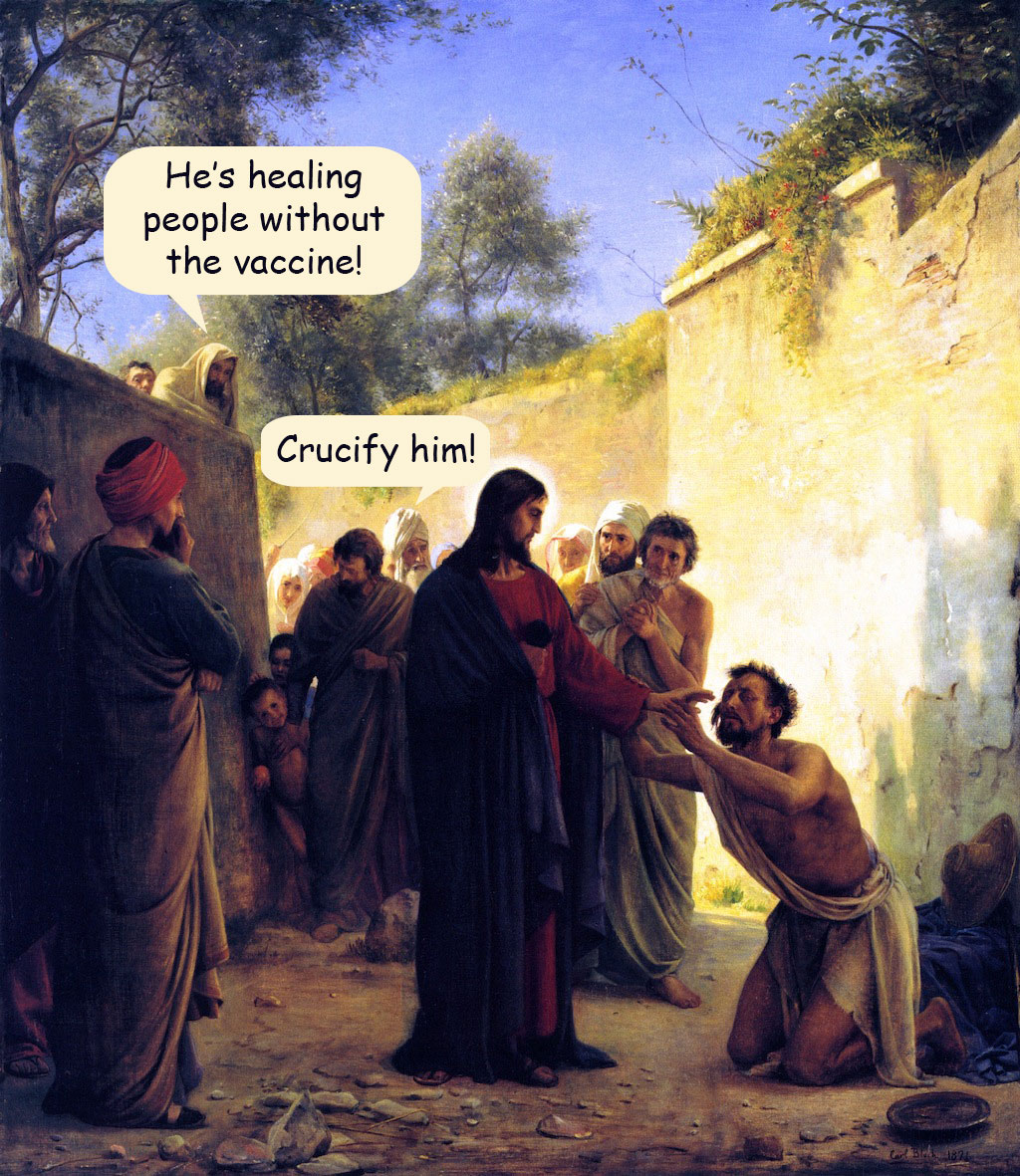 He’s healing people without the vaccine!