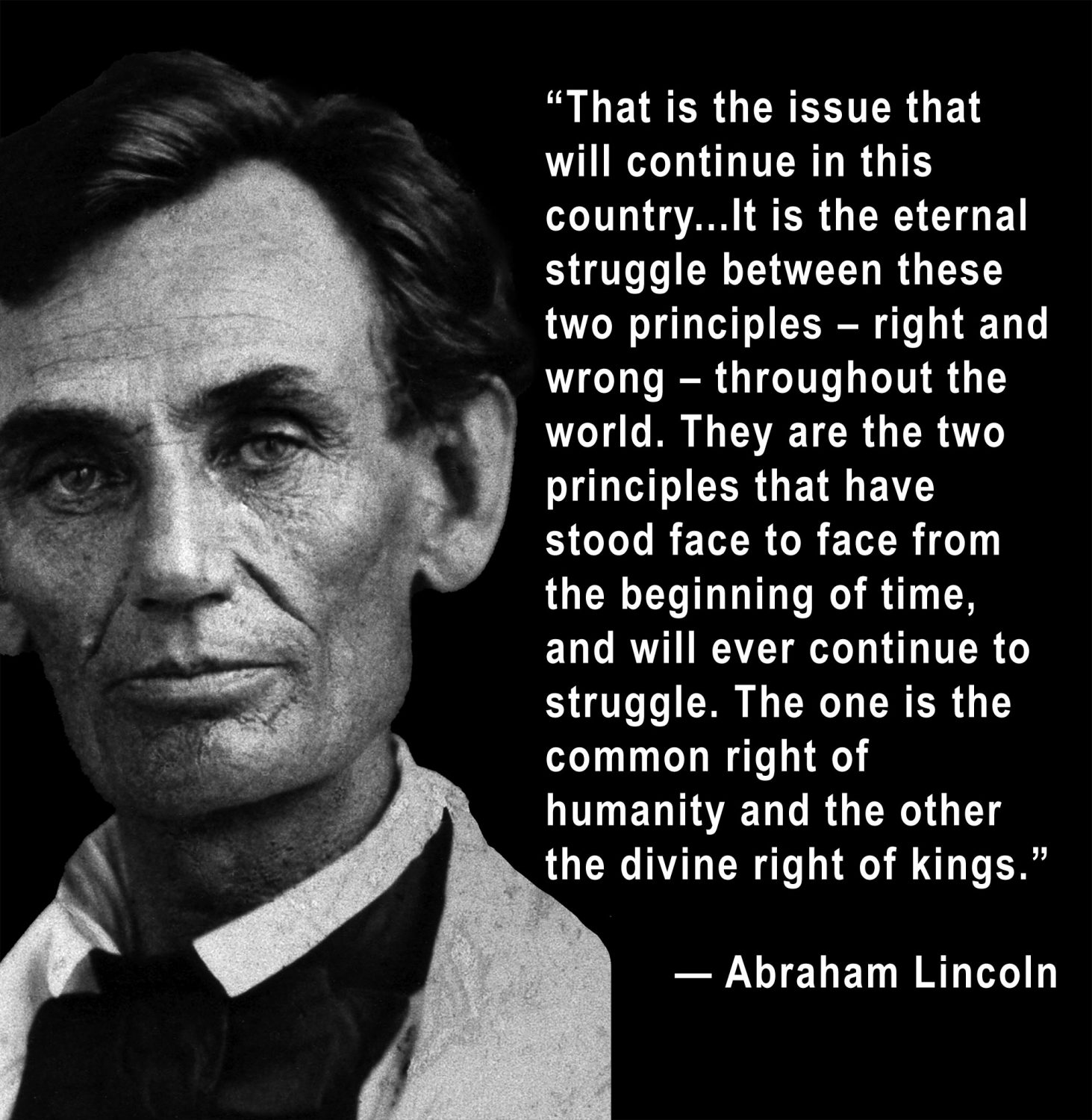 “That is the issue that will continue in this country…It is the eternal struggle between these two principles – right and wrong – throughout the world. They are the two principles that have stood face to face from the beginning of time, and will ever continue to struggle. The one is the common right of humanity and the other the divine right of kings.”