Note: Damn! Their site is back up.

Some of you may recall (the two of you and my Mom in heaven who read this site) that I wrote a few articles about this despicable organization: No License for Disinformation (NLFD), The No License for Disinformation Irrelevant Tweeters and Who Decides the Truth? NLFD: Stop Using that Rhetorical Tactic!. This is the organization that actively goes after doctors for spreading “misinformation.” They had a form on their website that you could fill out, so they could send out the medical Gestapo to rid the world of these terrible mal-, dis- and misinformation spreaders. I guess these two doctors had nothing better to do.

I noticed on my newly created Twitter account(opens new window) that I wasn’t seeing their enlightening tweets so I started doing a little investigating. First thing I did was go to their website. Here’s what I found: 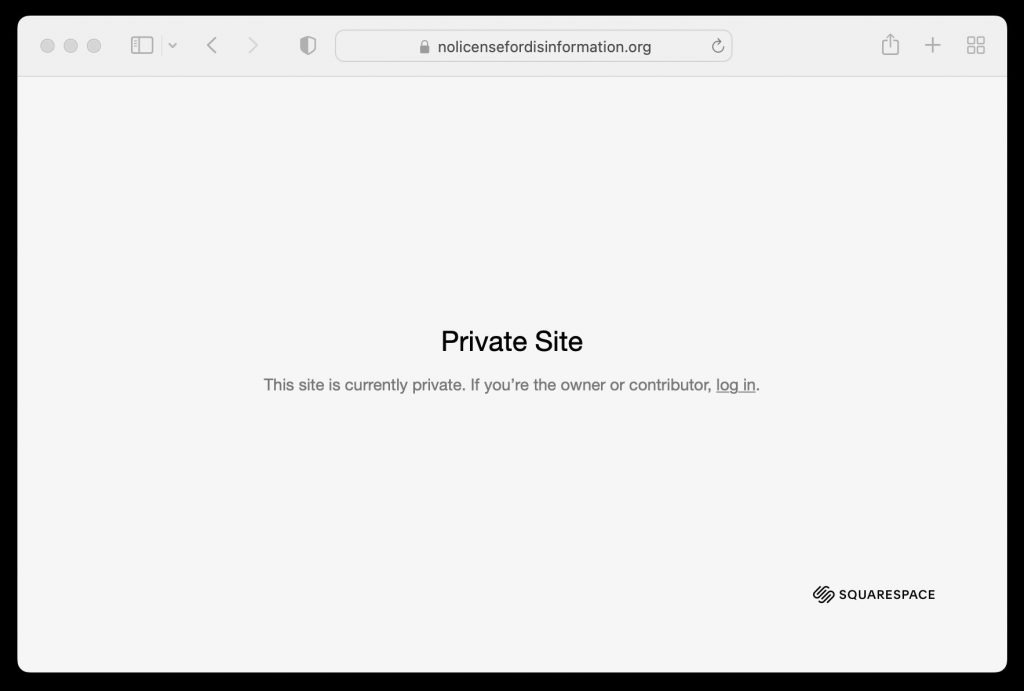 That’s odd. So then I went to Twitter and found these two Tweets by people concerned about the absence of their NLFD bros: 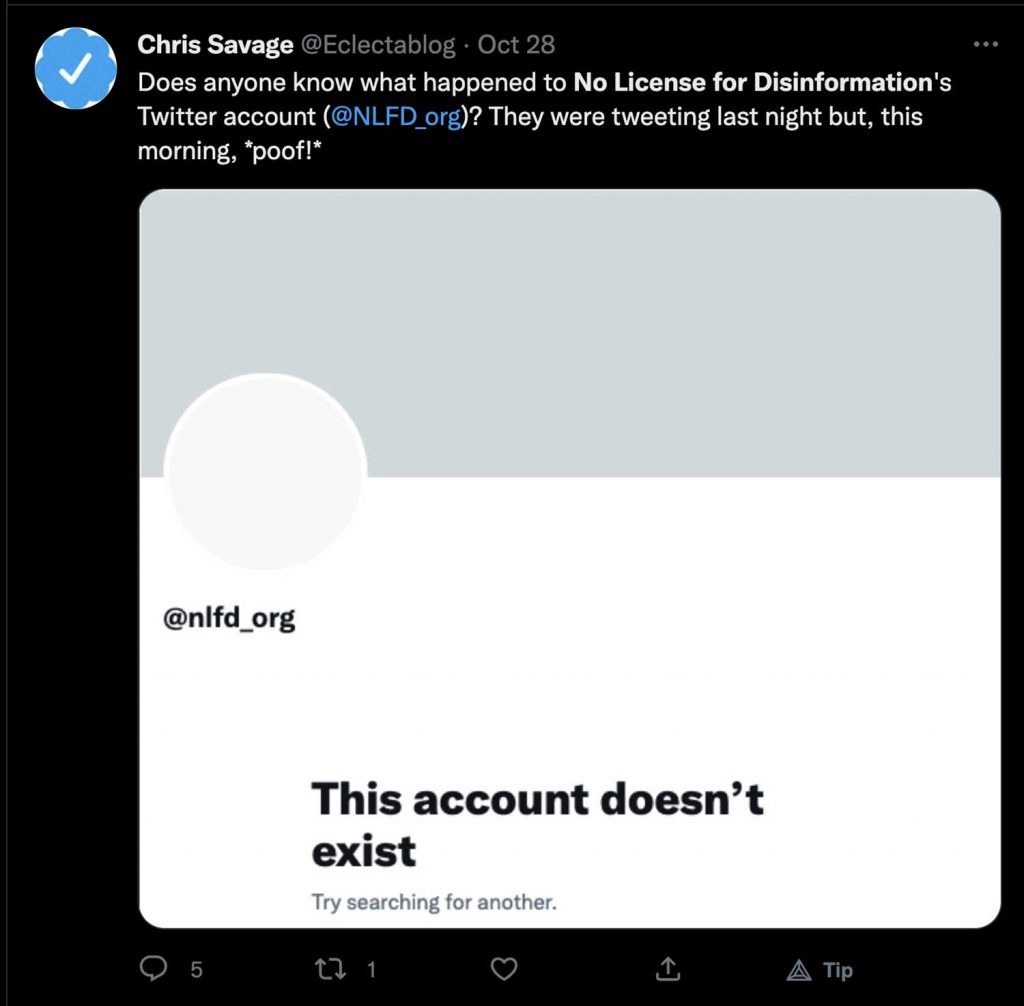 I’m not sure what is going on with them, but I’m glad to see them go. Natalia, above, tweeted, “Deactivated by the leadership.” I know some lefties have been leaving Twitter because they’re all pissed off that free speech may be coming. They don’t like the idea that their ideas will be challenged. So instead of having to engage, they’re going to leave Twitter in protest. Maybe they should go to GAB? Or Gettr? Or even better, Trump’s TruthSocial? Or, they can just start their own social media platform.

Anyway, if these two useful idiots had left on those grounds, their website would most probably still be up. But it thrills my little soul to see their website “Private.” That’s a great way to reach people, make your freaking website private. Don’t show an email. No contact information. Just invite your friends and then you can really create an echo chamber for yourself, not they needed to, as the echo chamber they were in was working just fine.

I will keep an eye on their website, but maybe this all has to do with the narrative breaking down. And trust me, these two guys were all in. Read my other articles to see what scum bags these two are. As I said in one of the articles, I don’t care that they think the vaccines are wonderful, god-inspiring, spiritually enriching injections. What I care about is their insistence that doctors who don’t believe as they do be punished. They also refused to debate Steve Kirsch. I know, it’s hard to believe isn’t it?