You can probably guess what kind of disinformation the NLFD is talking about. The NFLD is all about reporting doctors who, God forbid, would prescribe Ivermectin or any other treatment that is not CDC (Tony (Dr. Death) Fauci) approved. They’ll also come after you if you dispense disinformation about masks, jab side effects, you know, anything that doesn’t fit the narrative.

One of the  founders of this group, Taylor Nichols, MD, was challenged by Steve Kirsch to a debate (subscribe to Kirsch’s newsletter...it is excellent and full of very good disinformation). Strangely enough, Kirsch hasn’t heard back. I decided to leave a little note for Taylor through the website which I won’t link to because I don’t want the NLFD to receive that SEO credit. The site is: nolicensefordisinformation.org.

Message to Taylor Nichols, MD from The Inmate

I see that Steve Kirsch has challenged you to a debate. Go for it, buddy. If you’re so sure about what medical disinformation is and so well-informed you should be able to take him down easily. He’ll probably have Dr. Robert Malone on his team too. Intimidated? You should be. I’ll be waiting to see if you have the guts for a debate. I won’t hold my breath.

I think their acronym should stand for: Nazi Lying Feckless Doctors. I guess I could replace “Feckless” with something else. I’ll have to think about that. 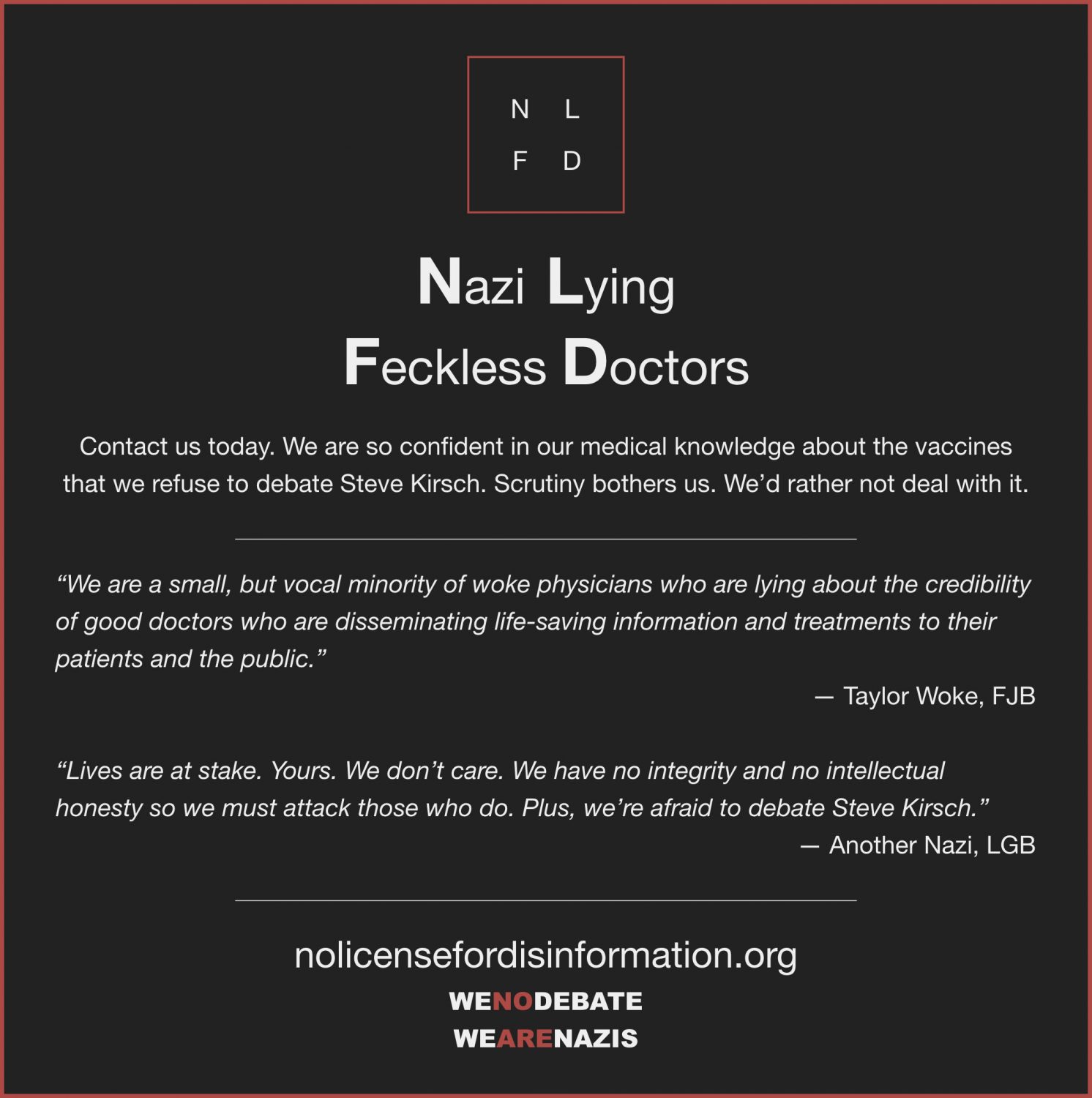 Contact us today. We are so confident in our medical knowledge about the vaccines that we refuse to debate Steve Kirsch. Scrutiny bothers us. We’d rather not deal with it.

“We are a small, but vocal minority of woke physicians who are lying about the credibility of good doctors who are disseminating life-saving information and treatments to their patients and the public.”

“Lives are at stake. Yours. We don’t care. We have no integrity and no intellectual honesty so we must attack those who do. Plus, we’re afraid to debate Steve Kirsch.”