Indeed, when security is understood in too absolute a sense, the general striving for it, far from increasing the chances of freedom, becomes the gravest threat to it.

— Friedrich A. Hayek, The Road to Serfdom 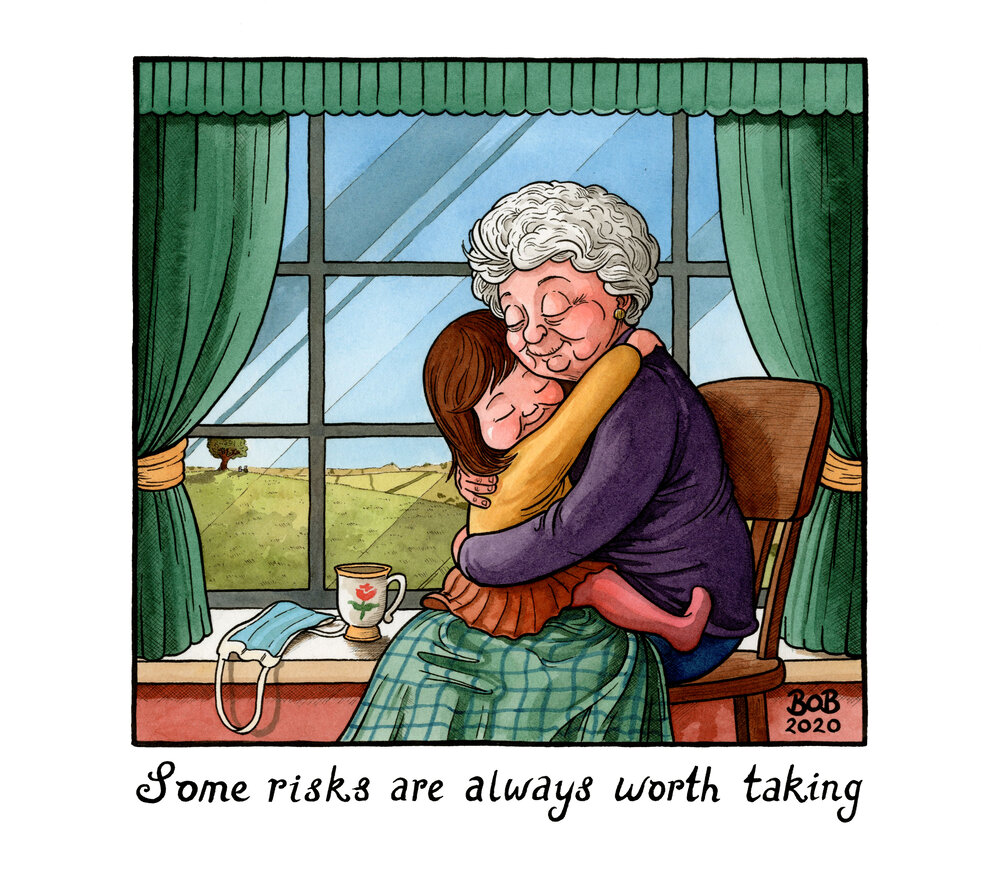 Some Risks by Bob Moran. Used by permission. View or Buy Print. 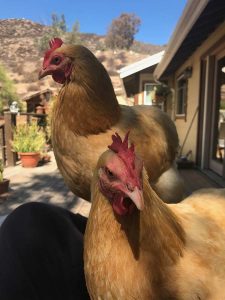 Henny Penny and Buttercup on my lap. That’s my knee.

We have seven chickens. These are not just ordinary chickens, these are Buff Orpingtons, some of the friendliest chickens around. They’re more like cats than chickens. On warm afternoons my wife and I will sometimes sit on the back deck each with a chicken on our lap, most likely Henny Penny and Buttercup (Yes, we are Princess Bride fans). They’ll talk to us, settle right in and sometimes go to sleep.

Some months ago we had nine chickens. We lost one to a bobcat. I know this because I watched it carry our chicken over the back fence. The other we’re not sure what got it. Might have been a bobcat but it could have just as easily been a coyote. We are surrounded by wildlife here in San Diego’s east county: squirrels, rabbits, bobcats, coyotes, owls, hawks, crows, lizards, snakes, quail, road runners and many, many other types of birds. We didn’t enjoy losing those chickens.

Continue reading here...
A couple of months ago I happened to see a coyote in our backyard going after our chicken, Vera. As quickly as I could I opened the door and yelled for our dog, a boxer/pit bull mix. She bolted out the door barking, the coyote dropped the chicken and went over the back fence with our dog in hot pursuit and barking wildly, something she continued to do for the next hour. Vera was a little worse for wear: bleeding some from her back leg, limping quite a bit and, understandably, a bit shaken. We were not sure she was going to make it. She settled into my wife’s lap with her head tucked under my wife’s arm and talking a steady stream about her close call with death. 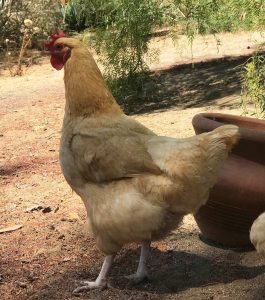 We sprayed her wound with hydrogen peroxide a couple of times, something Vera was not happy about and waited to see the results. Over the next few days Vera slowly improved. Her limp went away and she began eating regularly. Vera healed completely and is now back to her old self. Though not the most affectionate of the group, she has ended up on my lap a couple times since then. I like to think she’s saying thank you.

The fenced in portion of our backyard is probably about half-an-acre. Our chicken coop is rather small: four by eight feet. We made the decision when we first got the chickens to leave them out during the day even though it is more dangerous. We figured they would enjoy their lives more outside with the risk than they would inside even if more safe and secure.

You know where I’m going with this, so I’ll let you fill in the blanks.

P.S. As a side note, upon finishing this essay with the chicken photos and just before posting it, I received a newsletter from Dr. Malone, entitled….wait for it….“Caged animals are safe, but it is not much of a life(opens new window).” I’m not kidding! I think this means we’re winning.