The mainstream media (MSM) would have you believe that Trump supporters are a bunch of knuckle-dragging sycophants whose only past time is drinking beer, watching football and planning mass shootings.

What the woke crowd and their sycophants do not understand about Trump supporters, about America First Patriots is that we like our politicians because they implement policies we agree with. If they stop doing that, we’ll dump them. We’ll do the same with Trump.

Most Trump supporters or at least a big percentage of them do not agree with Trump on the vaccines. At his earlier rallies when he mentioned the vaccines he was booed. This is a good, healthy sign.

Trump did what he said he was going to do against an enormous amount of opposition. He implemented the policies WE wanted, so we voted for him again in 2020 and he won in a landslide.

The election was stolen. Never forget. 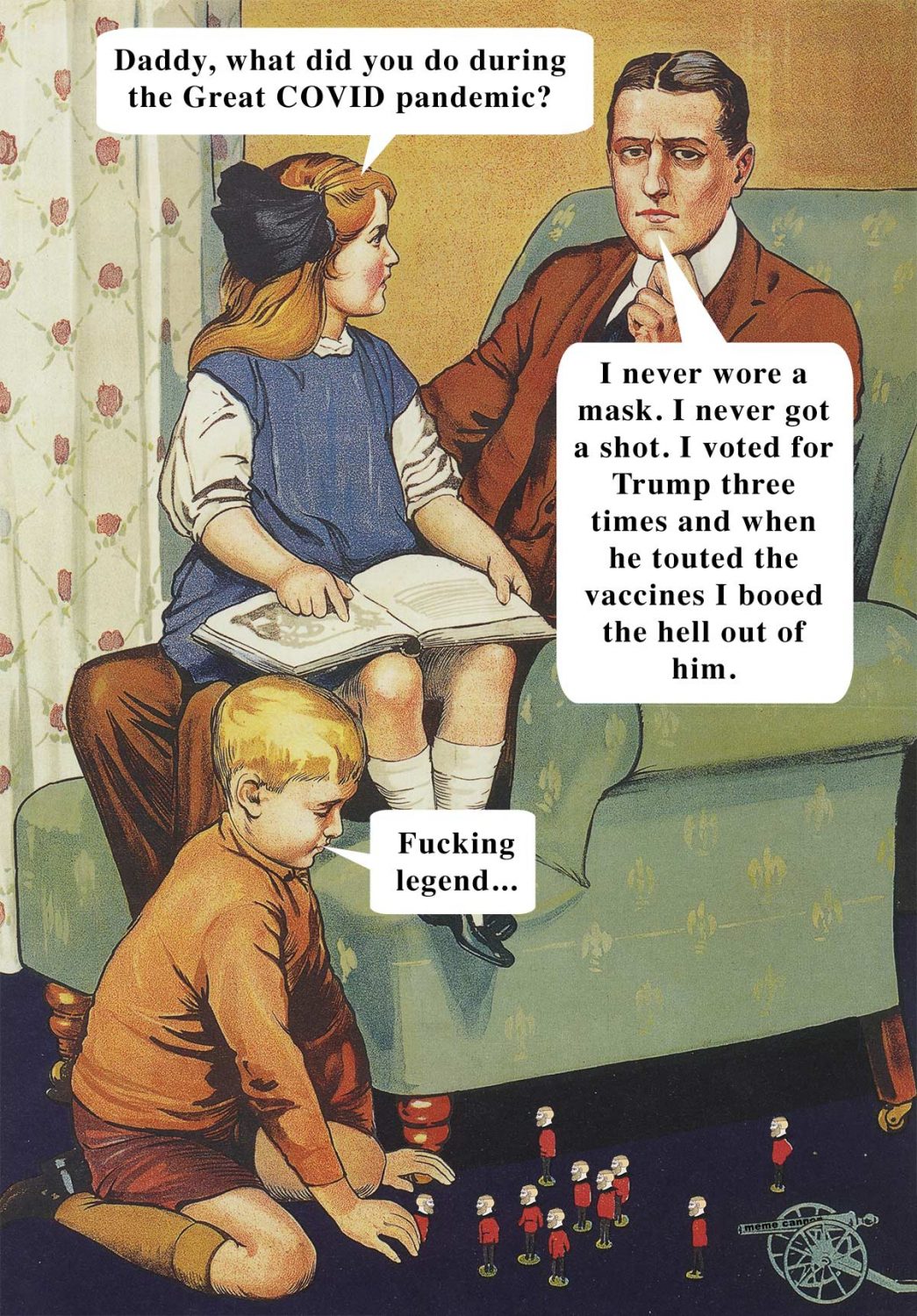 Daughter:
Daddy, what did you do during the Great COVID pandemic?

Dad:
I never wore a mask. I never got a shot. I voted for Trump three times and when he touted the vaccines I booed the hell out of him.