In which the author considers if a typical politician can answer a simple math question. 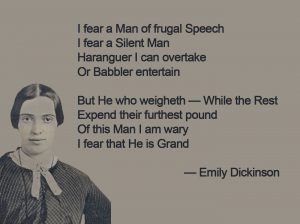 I was listening to Steve Bannon today and he had a couple of Republican, ostensibly MAGA, candidates on and I swear: can’t these guys just talk like normal people? Can’t they answer the freaking question? Bannon must have asked the question 3 times in a different way and the guy still just danced around like a preschool kid who has waited far too long to get permission to use the restroom.

One of the reasons we (those of us that do) like Trump is because he talks like a normal person. I don’t mean the way he talks, he actually talks a bit strange, but it’s really him. It doesn’t sound rehearsed nor does he appear to be concerned about every single political ramification to his answer.

Politician: I’m really glad you asked that question. I’ve always been a proponent and big supporter of mathematics. Just take a look at my voting record. I’m a fighter and when I get to Washington, I’ll be fighting for all math equations. It has and always will be very important to me.

Politician: Look, back in 2016 I was very clear that 3 + 3 equaled 6, at least close to six, right in the ballpark, for sure. I think my record on this is very clear as well. I’ve always liked the number 4, never had a problem with it. I’ve used 2s many times, 2 is even part of my zip code. It’s not always possible to take an area that my be gray and force a definitive answer on it. I promise you this though, when I get to Washington, I’ll be a fighter. I’m MAGA all the way. I won’t back down from anyone.

Interviewer: If you were taking a math test and one of the questions was, “What is 2 + 2?” How would you answer that?

Politician: I can answer such questions, but we have to ask ourselves if doing so will really solve any problems?

Interviewer: It would solve this one…

Politician: I get what you’re saying, but it’s not the question or the answer that is important. You need a fighter in Washington and that’s what you’re getting with me. I will fight and fight and fight for you. My opponent is wishy-washy. Terrible voting record nor was he clear on the 3 + 3 issue back in 2016. I’m pro-gun, pro-God and pro-Trump. I’m the guy you want. I’m a fighter.

Trump: 4. That’s a stupid question. We’ve got a border crisis, a stolen election and possibly World War Three and you’re going to ask me that? What the hell is wrong with you?

I can’t listen to them speaking – I don’t know how you could even just stomach writing it! I had to skip over most of it – just like I do with the video’s I was starting to feel queasy. lol

I am glad I read the end though – that was the best part!

If it was so bad that you had to skip most of it, then I have reached the pinnacle of my writing skills. It’s all down hill from here!