“Have a seat, sir. I’ll be right back with your vaccine.”

“Can I ask a question, first?”

“I’ve been hearing a lot about side effects lately…”

“I can assure you that side effects are rare. You’ve got nothing to worry about.”

“Have you been hearing about all those sudden deaths?”

“Those are rare too.”

Continue reading here...
“Seems like a lot. I never really heard about that sort of thing before the vaccines.”

“That’s just because a lot people who are against the vaccines are reporting these deaths that in previous years were still happening, but not reported. They’re actually quite rare.”

“But the Rasmussen poll(opens new window) found that 7% of those vaccinated had a major side effect.”

“They only polled 1,000 people. All Americans. You can’t really trust Americans. It’s really nothing to worry about. The side effects are actually exceedingly rare. I’m vaxxed and boosted and completely up to date and look at me. I’m fine.”

“You’ve got some vaccine anxiety which gives you confirmation bias while reading anecdotal evidence that mentions side effects which in reality are really, really rare.”

“Oh most certainly, I can assure you side effects are incredibly rare. Seriously.”

“But what does that mean? Do you have any numbers?”

“Numbers? You can manipulate numbers and statistics to support almost anything you want. We try to deal in reality and I can assure you that the side effects are ridiculously rare.”

“Uncommonly rare. I would probably even say, astronomically rare.”

“But what does that mean?”

“It means side effects are so, so, so rare that you have nothing to worry about. Rare means rare and what we’re dealing with here is totally rare. You know, infrequent, scarce, uncommon, unlikely. It’s that rare.”

“I understand what you’re saying, but it doesn’t mean anything.”

“Well, it means side effects are rare, practically nonexistent.”

“Did that guy just fall over from a heart attack?” 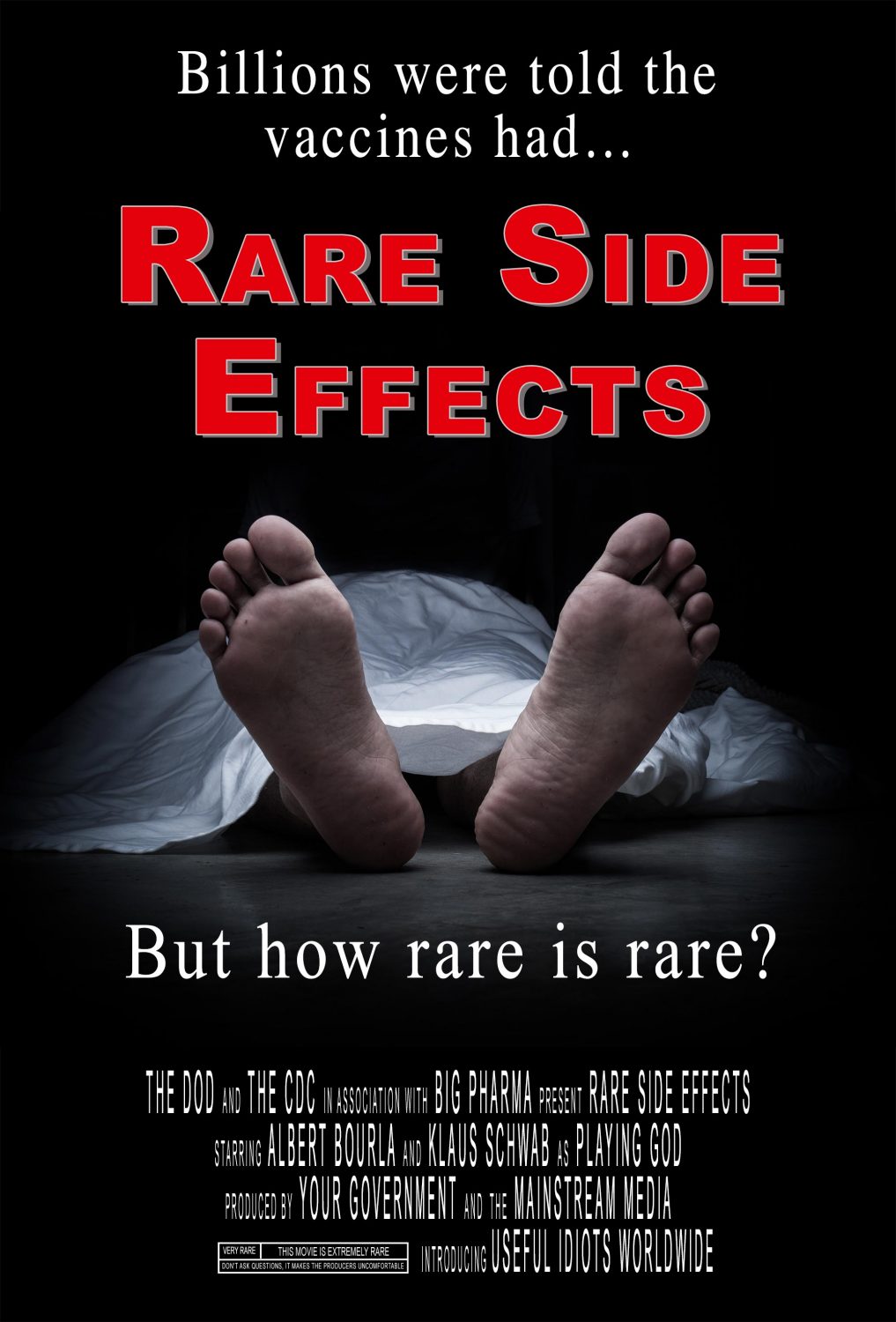 Billions were told the vaccines had…

But how rare is rare?