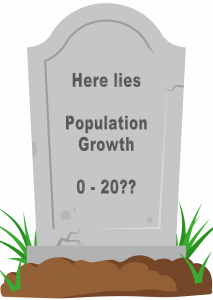 The title of the Reuters’ article is:

Many of you have probably seen the video clip of Bill Gates (start at  4:25) where he talks about this. Here’s what Reuters quotes as the in-context quote:

“First, we’ve got population,” he said during the talk organized by TED, a non-profit organization devoted to spreading ideas. “The world today has 6.8 billion people. That’s headed up to about nine billion. Now, if we do a really great job on new vaccines, health care, reproductive health services, we could lower that by, perhaps, 10 or 15 percent. But there, we see an increase of about 1.3.” [emphasis mine]

However, Gates was not suggesting the global population should be killed off using vaccines. He is instead saying that improving public health using vaccinations can reduce unsustainable population growth in the future – and with it, lower carbon emissions.

So……vaccinations will be good for you and, big bonus here folks, they’ll reduce the population growth in the future. How? Will you be infertile? Will you live a shorter life? Will you die because of them? I need some clarity here!

Maybe they were justing hoping people would read the headline and move along.

Read the Reuters Fact Check Article, if you dare