Any of you who have been on this site regularly know that I get a lot of information from Steve Kirsch. It’s just easier to let other people do all the work. I’m attempting to understand what it’s like to be an elite, albeit on a much smaller scale. Elites: Start a war and send other people’s children to fight it. The Inmate: Start a website and get other people to do the research for it. My investigation of these matters continues.

Yesterday I received one of Kirsch’s newsletters with this title:

Your opportunity to report the major COVID-19 misinformation spreaders

Great, I thought. Excellent. Let’s do it. So then I watched this video by Kirsch:

Why is this important?

During the pandemic, many of us have been exposed to health misinformation— information that is false, inaccurate, or misleading according to the best available evidence at the time. It can be really hard to know what is true amidst all this misinformation.

Health misinformation has caused confusion and led people to accept unsafe and ineffective COVID-19 vaccines, blindly comply with public health orders that are not justified by science including wearing Ineffective masks and physical distancing, and to reject safe and effective early treatment protocols that use novel combinations of repurposed drugs such as ivermectin, hydroxychloroguine and fluvoxamine. It has also led to censorship by the mainstream media and social media companies of the voices of respected doctors and scientists including Dr. Peter McCullough, Dr. Robert Malone Dr. Byram Bridle Dr. Pierre Kory, Dr. Bret Weinstein, and others who attempt to inform the public about the corruption of science being done by government agencies including the CDC, FDA, and NIH who have not been acting in the public interest.

What? Are you kidding me? The HHS is finally seeing the light? I felt a little confused. So I went directly to the link Kirsch provided:

But that’s not what was there. So my immediate thought was that someone hacked the site, added that text and then it got deleted probably after Kirsch wrote about it as no doubt the powers that be are keeping tabs on Kirsch. Some other readers thought the same thing:

How come your screen shot from the hhs.gov website doesn’t match the website? They don’t say anything about people blindly complying, censorship of respected doctors, etc… either they changed it on you or something is not quite right. I followed your link and it looks completely different.

Looks like they got hacked with what Steve posted, then soon after they changed it. I have to say I was fairly taken aback that the HHS would list those doctors.

For those of us who were confused Kirsch did respond with this:

The version with the doctors names list is what they SHOULD have written if they were HONEST. Compare it with the text that is there now on the website which is “narrative conformant.”

One reader responded with my exact thoughts:

I wondered if that’s what you did. Some pretty high satire there, my friend! Cheers!

So Steve, I admit it, you are better than me. Your tactic reminds me of something Frederick Douglass wrote:

At a time like this, scorching irony, not convincing argument, is needed 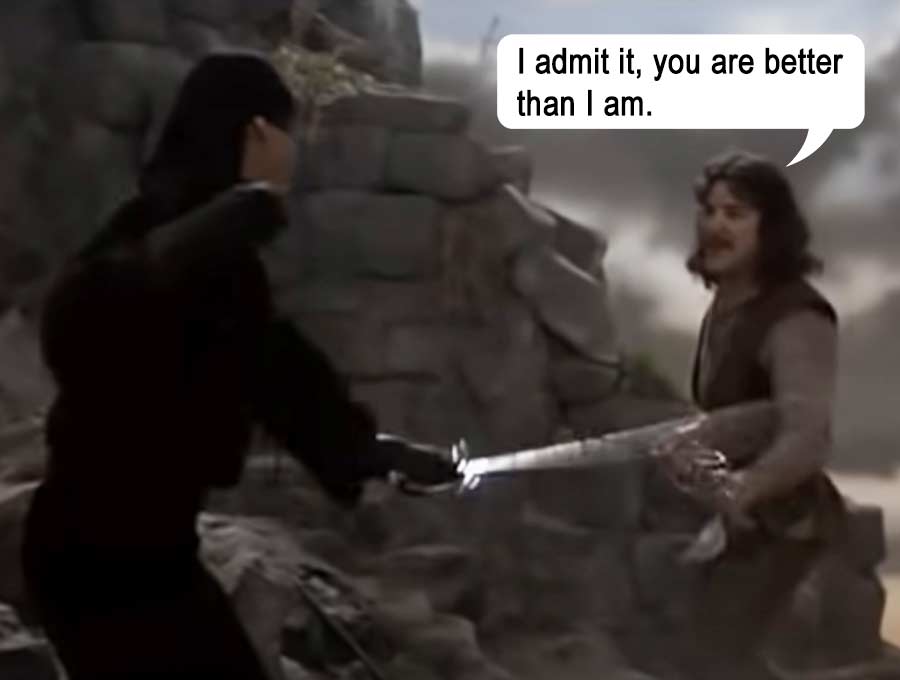