Patriots.win, formerly The Donald on Reddit.com before they were banned, is a site I frequent regularly. They have what they call a “Sunday Gunday.” Users post photos of the guns they own, guns they’ve purchased and often new gun owners post a photo of their first gun. It’s a great celebration of something that makes our country one of the greatest in the world. 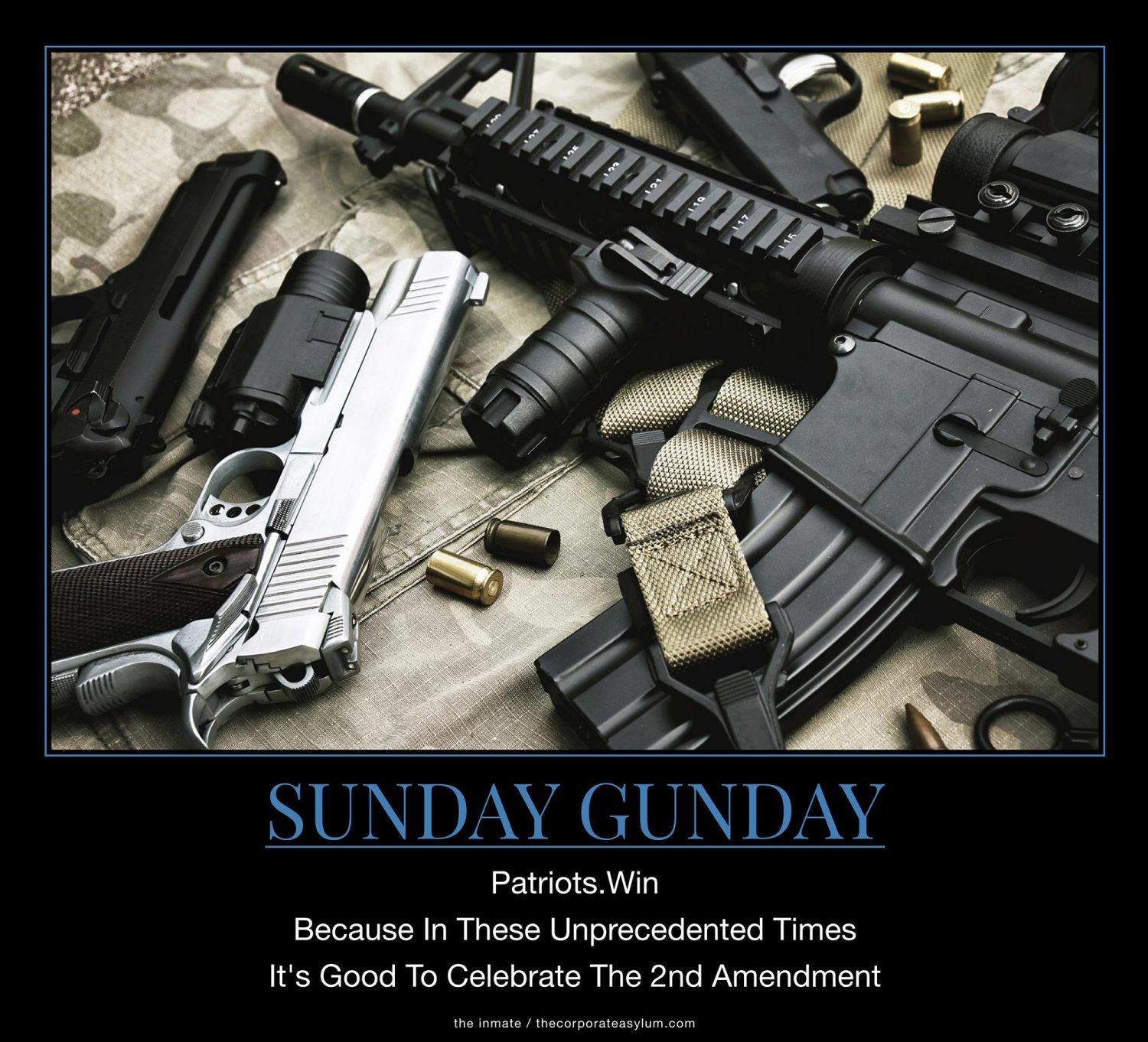 Patriots.Win
Because in these unprecedented times
it's good to celebrate the 2nd Amendment