But if you are exorbitantly wealthy you then have the means to attempt to live out your dictatorial fantasies. People like Gates and Schwab and Soros have the money and the desire.

Here’s Gates on what we should be eating:

I do think all rich countries should move to 100 percent synthetic beef….You can get used to the taste difference, and the claim is they’re going to make it taste even better over time….Eventually, that green premium is modest enough that you can sort of change the [behavior of] people or use regulation to totally shift the demand.

Continue reading here...
He’s advocating for “regulation” to “shift the demand.” That’s a nice way to say, “We’re going to make you eat it even if you don’t want to.” Gates also thinks his new synthetic milk will be better than mom’s milk. The Midwestern Doctor reported(opens new window):

I was alerted to this because Bill Gates’s startup, which is attempting to develop the synthetic milk recently received a $3.5 million outside investment. After this happened, the Gates foundation donated $3.5 million to the Guardian (an English newspaper that used to be fairly honest), and immediately after the Guardian received this donation, it published an article highly critical of breast-feeding.

Gates is the 2nd largest funder of the World Health Organization (WHO) an entity that also wants to tell us how to live. The WHO, along with Gates, would love to be in charge of any future pandemics on a worldwide scale. The coming MonkeyPox pandemic played out in a tabletop exercise in 2021 had a representative from the Bill and Melinda Gates foundation participating. As I was writing this, this headline from The Epoch Times(opens new window) came to my attention:

Bill Gates Predicts ‘Next Pandemic’ Will Be Caused by Climate Change, Proposes WHO Expansion

Really? Just more fodder for the masses who will believe it. No one and I mean no one can predict such a thing. It’s propaganda. The following quote by Gates could be true because he’s most likely presenting the scenario because it is the very thing he and his rich buddies are planning to do:

“It could be a virus made by man, by a bioterrorist who designed it and intentionally circulated it. That is a very scary scenario because they could try to spread it in different places at once,” he said.

What happened? This has nothing to do with climate change causing it. The Monkeypox tabletop exercise uses this bioterrorist scenario…I’m not kidding. I felt compelled to write those last three words, though at this point most of you are thinking, “Why would I think you were kidding?” Yes, this is where we are.

Gate’s newest book is How to Prevent the Next Pandemic. His qualifications to write this book are what exactly? He created a computer operating system that has been mocked for decades? He hung out with Jeffrey Epstein? Oh, wait, I forgot…he’s also rich and lots and lots of money apparently makes you really, really smart about things you know nothing about.

I’m tired of Bill Gates and his ilk telling us how to live our lives.

Leave us the hell alone! 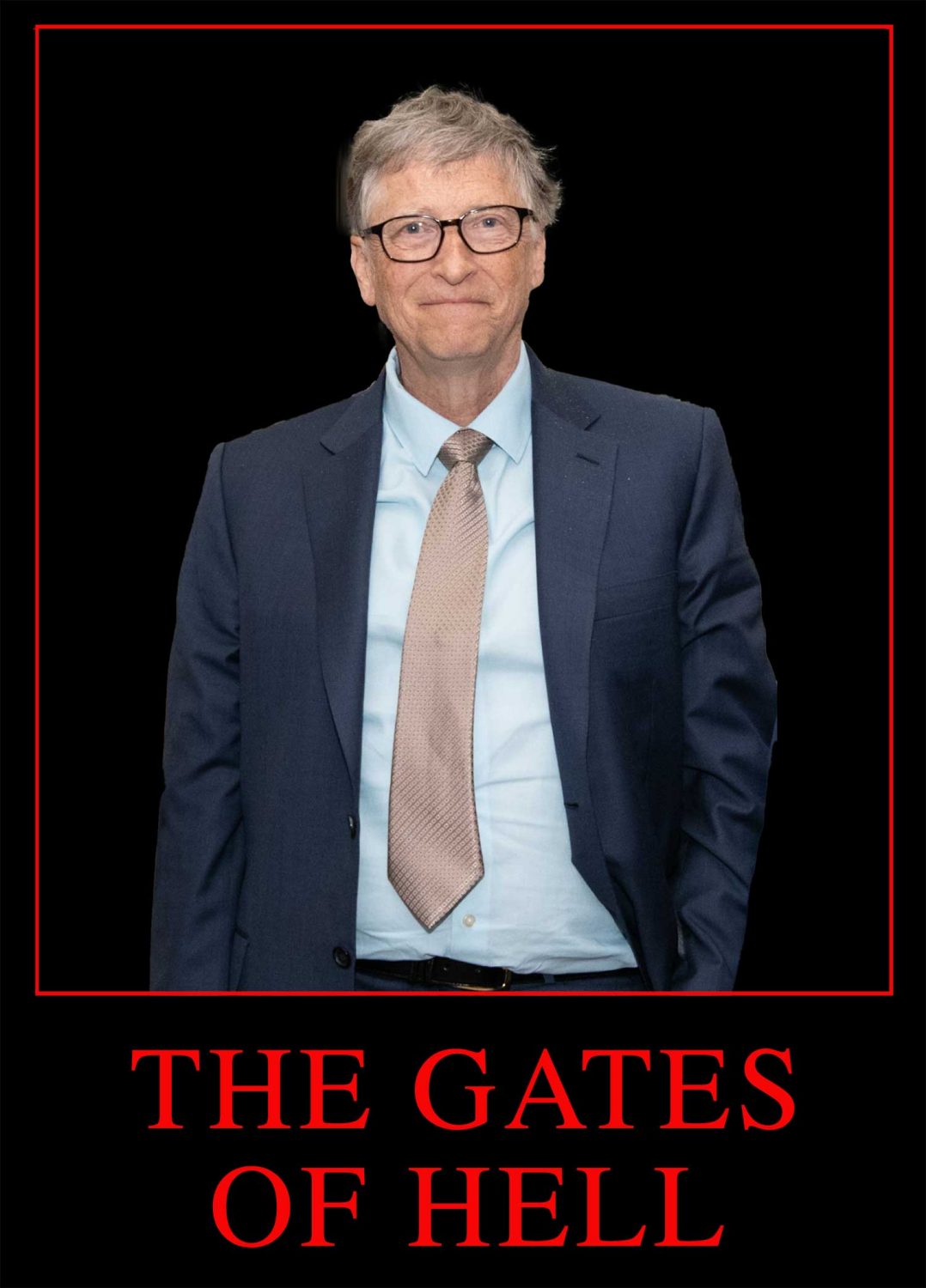 The Gates of Hell