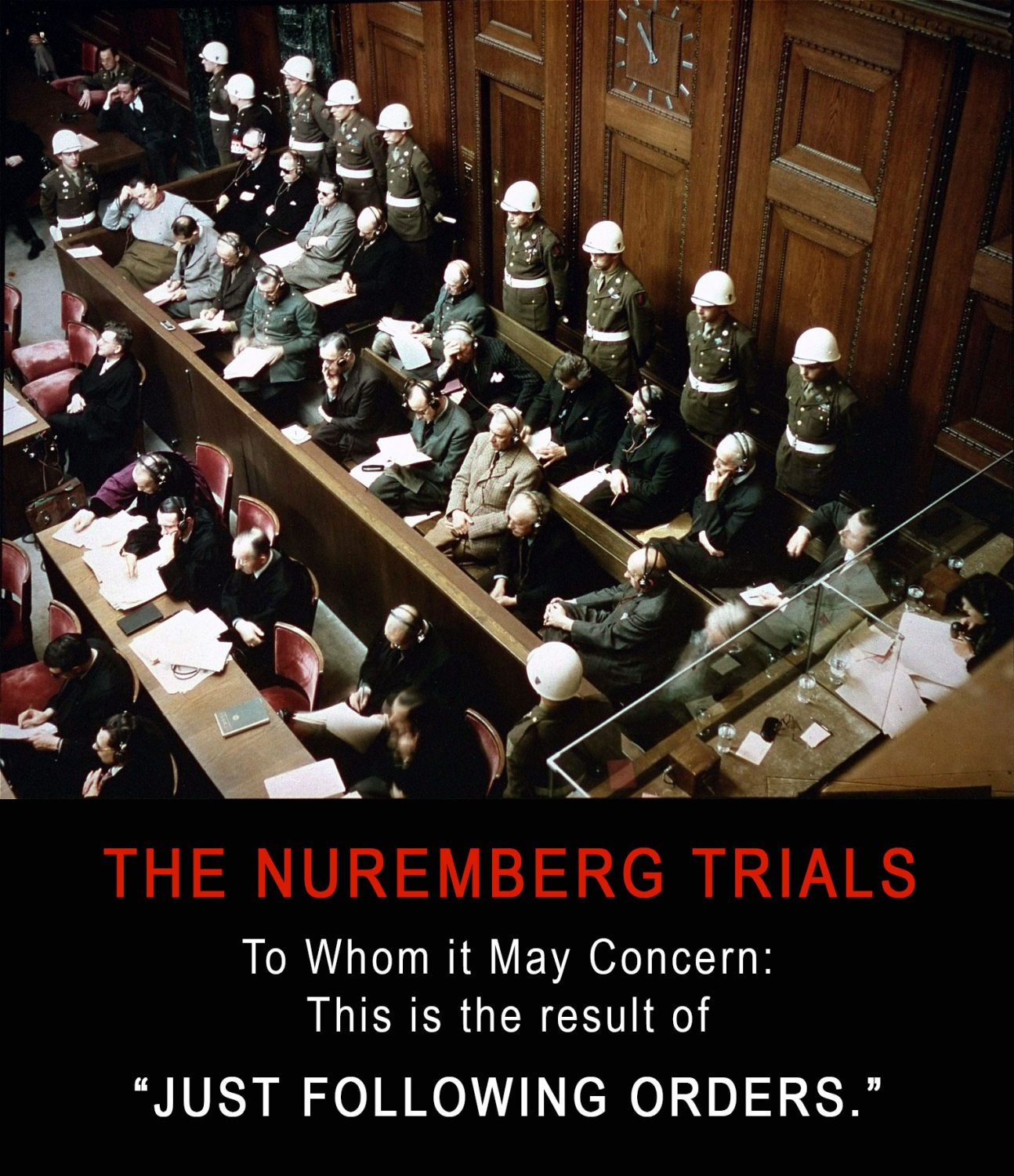 I got this information from The United States Holocaust Memorial Museum(opens new window) though it is available from many other sources.

For some reason, that is beyond the capabilities of my intellectual capacity, I have not posted the code until now. I will do better.

The great weight of the evidence before us is to the effect that certain types of medical experiments on human beings, when kept within reasonably well-defined bounds, conform to the ethics of the medical profession generally. The protagonists of the practice of human experimentation justify their views on the basis that such experiments yield results for the good of society that are unprocurable by other methods or means of study. All agree, however, that certain basic principles must be observed in order to satisfy moral, ethical and legal concepts:

To Whom It May Concern:
This is the result of
‘Just Following Orders’