So illegitimate Joe called us “Ultra MAGA.” I’ll take it. He also said this:

I will say this about us: we are probably the most energized, most involved and the most well-informed conservative crowd in recent memory and we have to be. The advantage of being a lefty, Democrat, progressive Marxist is that they don’t have to defend themselves. The mainstream media and the government pushes their ideas everyday without legitimate debate. They can watch CNN and MSNBC, look at their Twitter and Facebook feeds, do their searches on Google and guess what? They don’t have to see or hear anything that challenges their precious Marxist, totalitarian beliefs. Everyday they are protected against “misinformation” and “disinformation.” They have been successfully propagandized and everything they see, read and hear confirms their beliefs. They get to be part of the “cool” click, just like in high school.

Us ULTRA MAGAs? We have to defend ourselves everyday. The radio, billboards, mainstream media outlets, movies and television are constantly attacking us and what we think. To maintain our beliefs we have to consider the other side constantly and defend ourselves against it. We have to think. The greatest example of this has been the pandemic. The constant onslaught to get the jab, the continuing propaganda about “safe and effective” and big pharma advertising on radio, television, the internet and even over loud speakers in drug stores could have been overwhelming. It wasn’t. Those of us who survived this without subjecting ourselves to an experimental drug have done so through research and perseverance against one of the most extensive propaganda campaigns in history. Congratulations!

Continue reading here...
We are more involved politically than we ever have been in school boards, election integrity endeavors, rallies, alternate social media platforms and websites and running for office. We ULTRA MAGAs are angry that this Marxist regime is attempting to steal and degrade our country. Millions of us have lived our lives simply wanting to raise our families in a free country and see our children enjoy the same. Politics didn’t interest us. We just wanted the government to leave us the hell alone.

Well, those days are gone. The MAGA crowd is awake and we will not rest until we get our country back.

We are ULTRA MAGA. 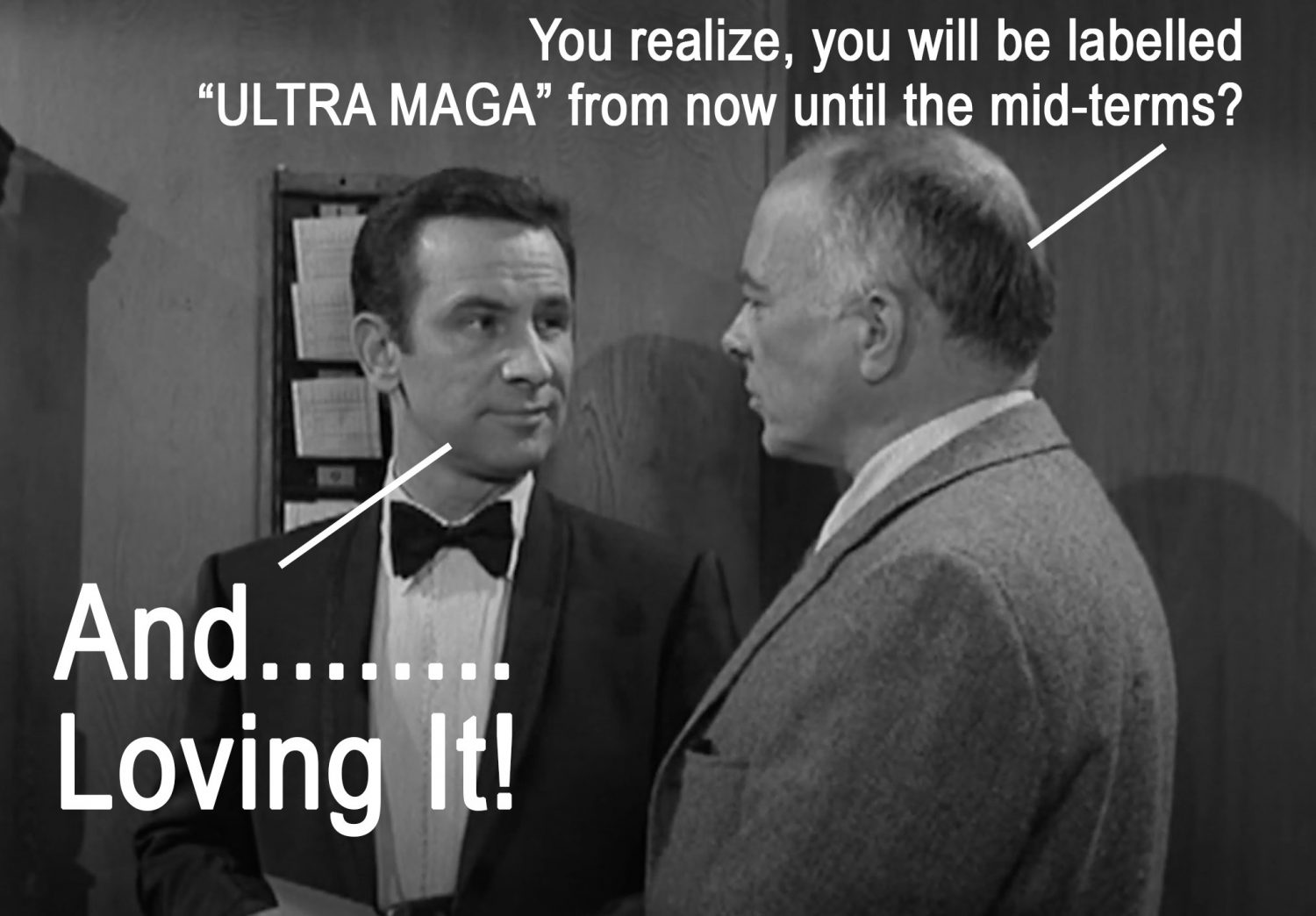 Chief: You realize, you will be labelled “ULTRA MAGA” from now until the mid-terms?