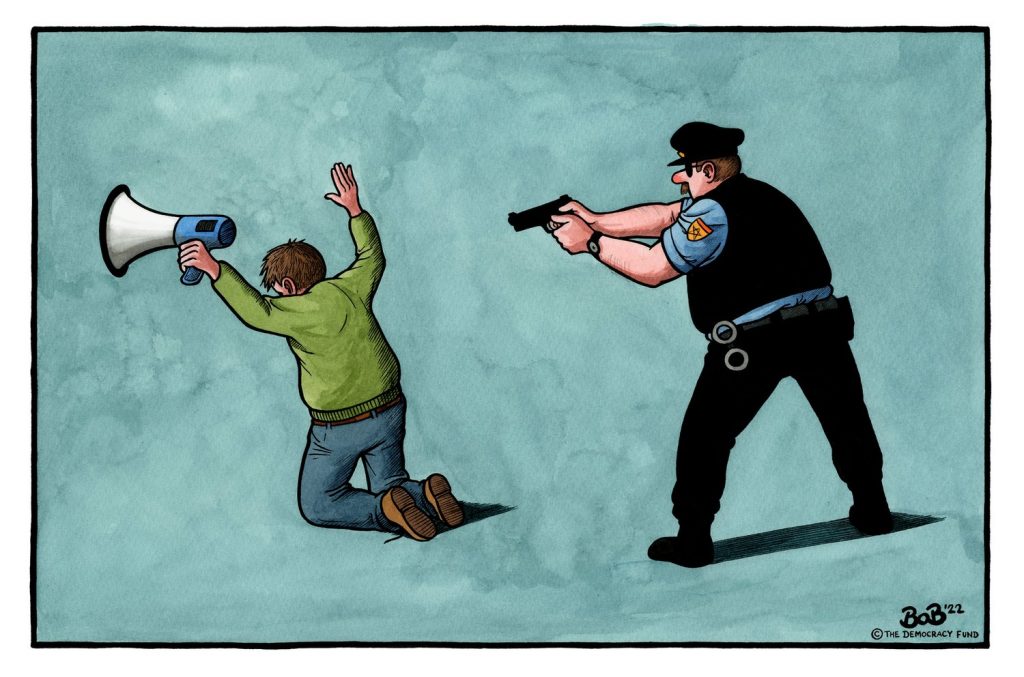 Why is it that Medical Boards will not define what “disinformation” is? The MSM media talks about it constantly. PayPal was ready to fine its users $2,500 for spreading it. California will take doctors’ medical licenses away for mentioning it to patients. I just read an article(opens new window) by Jack Resneck Jr., MD, the president of the American Medical Association (AMA), or as I like to call them, Asshole Milquetoast Administrators. The title is:

Turning the tide against medical disinformation will take all of us

Great title, but Jack and his ilk seem terrified or unable to define “medical disinformation.” I can’t help thinking there must be some legal reason that they do not. Something they are afraid of. Our side is quite happy to explain what the “disinformation” is: the vaccines are not safe or effective; masks don’t work; vaccinating your children is a bad idea; early protocols using Ivermectin and over-the-counter supplements are very effective against COVID; there are millions of adverse events from the vaccines and tens of thousands of deaths (if not more).

We all know that’s the “disinformation” that Jack is referring to, but he doesn’t have the balls to set it down in writing. What happened to bullet points, Jack? What are you afraid of, Jack? Future lawsuits?

“Your Honor, I never said those things were disinformation. Read my article.”

Continue reading here...
The closest he comes to saying anything definitive is asserting that disinformation has “undermined confidence in the COVID-19 vaccines”. No shit, Sherlock and with good reason. Then he tries to connect the disinformation to other issues:

…but it has also been used to widen existing divisions on far-ranging issues such as access to safe reproductive care, achieving health equity, and discrimination against transgender patients.

He’s also alarmed that vaccination rates are declining. Well, Jack, why do you think that is? Pull yourself out of your Pharma stupor and try thinking for a moment. Quit being a useful idiot.

On this point of defining what disinformation is, I just read an article in The Defender about Dr. Meryl Nass(opens new window) who has a Medical Board hearing tomorrow in an attempt to end the suspension of her license (you can watch the hearing Tuesday, October 11th, at 10:00 a.m. PST(opens new window)). The article states:

Prior to her suspension, in November 2021, Nass wrote to the board asking it to define what it means by “misinformation” and “disinformation,” and to clarify what statutory authority the board has to discipline physicians on the basis of undefined transgressions.[emphasis mine]

Nass wrote the letter after the board issued a position statement in which it said:

“Physicians who generate and spread COVID-19 vaccine misinformation or disinformation are risking disciplinary action by state medical boards, including the suspension or revocation of their medical license.”

This is typical of medical boards, they are quick to attack those who spread disinformation, but none of them want to define it.

Many people I know are just going on with their lives without thinking about all this “disinformation,” but what people are thinking about are the friends and family who are getting sick or dying. Those kinds of events will have far greater impact on someone than a well-written article by one of our terrible “disinformation spreaders.” They’re also getting COVID and many are deciding they are done with vaccinations. The were told early on they wouldn’t get COVID (maybe that’s the disinformation Jack is talking about?)…until they were told they would, but it wouldn’t be so bad. Their decisions to avoid boosters are based on common sense, something lacking at the AMA and most other alphabet agencies. But totalitarians always need someone or something to blame.

Jack ol’ boy also trots out the “Anti-Science” rhetoric. He calls it “anti-science aggression” and it is destroying confidence in the vaccines, but he is careful never to mention explicitly what that is. We are waiting expectantly, Jack, so we don’t kill ourselves with bad, anti-science information. But our boy Jack only speaks in general terms. Anti-science people “spread blatantly false information” and use that information to enrich themselves.

“What is it, Jack?”
“Nothing of consequence.”
“We must know.”
“Get used to obfuscation.”

After attacking anyone who spreads “disinformation” which means anything about COVID that goes against the official, established narrative as promulgated by the Mainstream Media’s cadre of medical experts, Jack, our useful idiot extraordinaire, says this:

We know we can fight disinformation while protecting our cherished First Amendment principles. We have no interest in policing the open debate of ideas that has been the cornerstone of scientific advancement.  But scientific discourse doesn’t include spreading dangerous, known falsehoods that harm the public health with the intent to deceive. We are disheartened that a very small number of physicians and health professionals have been among the loudest purveyors of false health information about COVID.[emphasis mine]

Come on, Jack, do you have any thoughts outside THE NARRATIVE?

First, this contains an outright lie. They most certainly do have an interest in policing open debate. That’s what the attack on disinformation is. To sound reasonable, when it is obvious they are not, they have to lie.

Secondly, it is not a “small number of physicians.” They want people to believe this so they’ll feel like they’re following three doctors living out of their basements who only see sunshine when they have to go to the store for potato chips and sodas. There are thousands and thousands of doctors who do not believe the vaccines are either safe or effective. In every country these doctors are vocal and often “policed” and denied their “cherished First Amendment principles.”

Combating the spread of medical misinformation and disinformation online is too important and too large a job for any one organization to do it alone. The responsibility falls on all of us who have taken an oath to protect patient health.

The question for you, Jackie Boy, is when will you and others like you fulfill the oaths you have taken?

I know the answer, but I hope someday Jack has plenty of time to contemplate the question while sitting in a cell behind bars.

This is a very good article on Dr. Meryl Nass’s hearing: