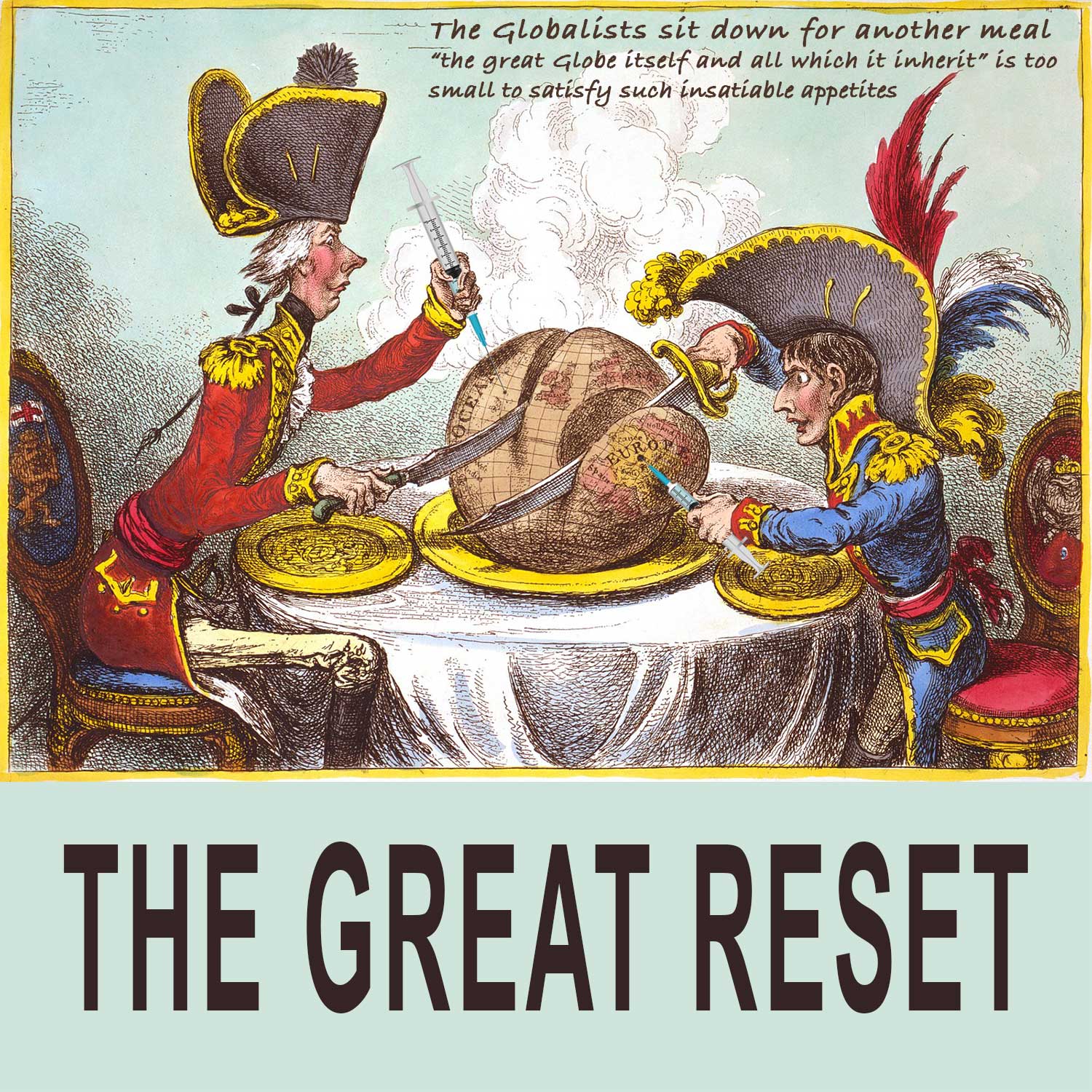 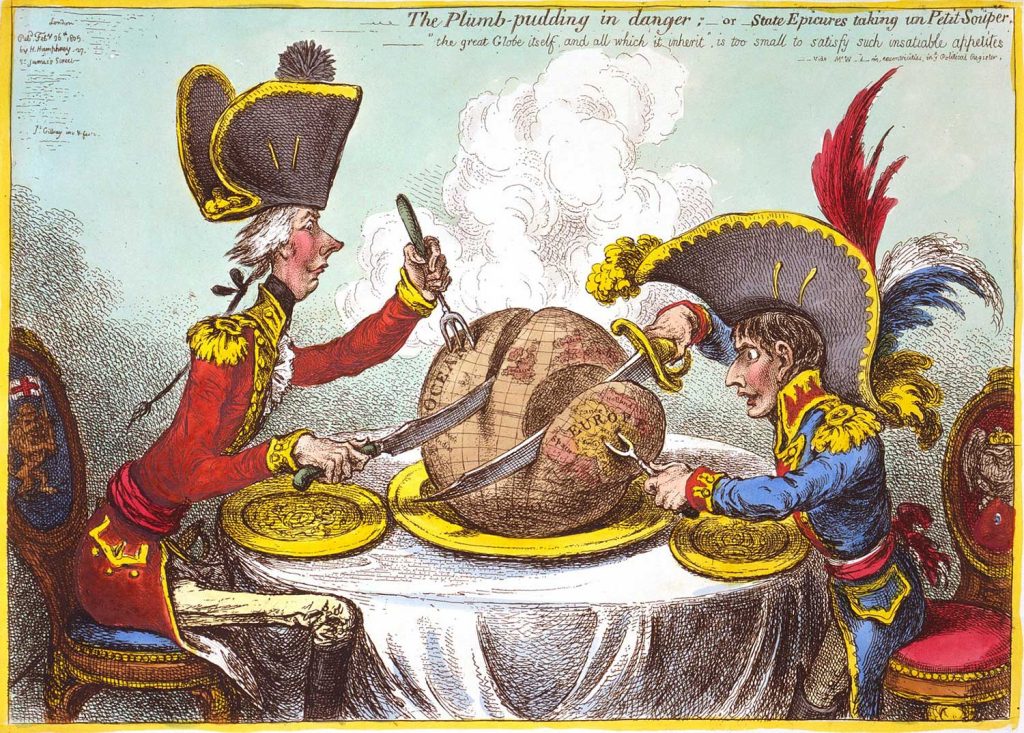 The text at the top reads:

The Plumb-pudding in danger, or, State epicures taking un petit souper.
The great Globe itself and all which it inherit, is too small to satisfy such insatiable appetites.

SUMMARY:
William Pitt, wearing a regimental uniform and hat, sitting at a table with Napoleon. They are each carving a large plum pudding on which is a map of the world. Pitt’s slice is considerably larger than Napoleon’s.

As censorship increases also consider using email and text messages to send links.
« Their House of Cards is Tumbling Down – Das Kartenhaus stürzt ein It takes time to count all the fraudulent votes »