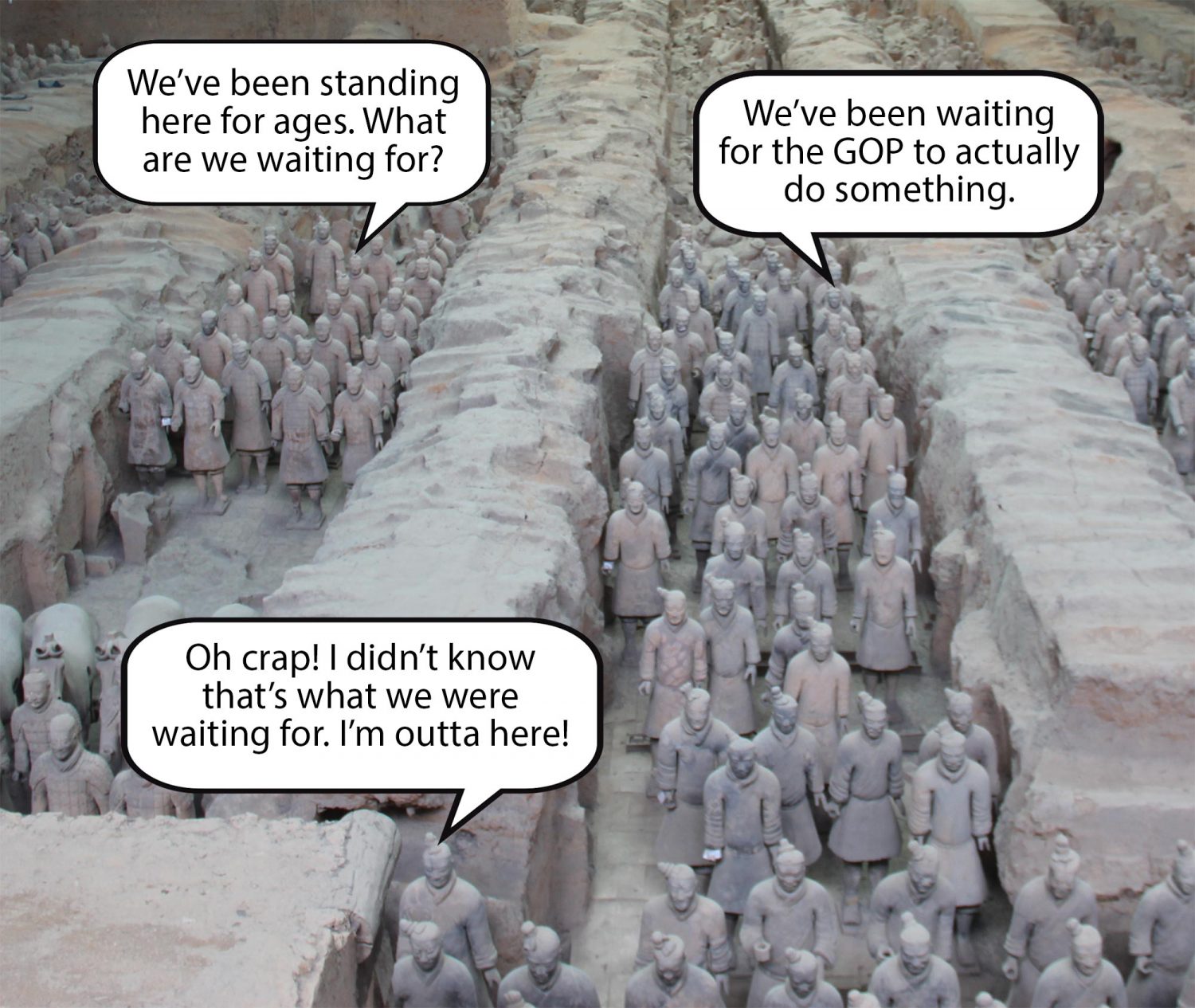 Now that the Republicans have taken the House, there seems to be a lot of hope out there they’re suddenly going to start doing a bunch of great things.

Back in 2017 when Republicans had the House, Senate and the Presidency, many of them fought Trump and undermined him for two years.

Now we’re supposed to think that the House, that is barely controlled by the Republicans, is going to look out for our interests?

Not going to happen.

I suspect any investigations orchestrated by Republicans will eventually go where they always go: nowhere.

They can’t even be bothered to denounce the stolen 2022 election in Arizona.

Continue reading here...
Republicans like being the party out of power, they can look like they’re doing something, but not actually have to do anything. When they’re in power…they do the same thing. They act like they’re going to do something, but in the end nothing happens. Nothing ever happens.

Nah, I’m not going to wait. The government, the Republicans, the RINOs are not going to help us. Waiting around for them to do so, only makes our situation worse.

Convincing conservatives that something is going to happen now and all we need to do is sit back with a box of popcorn and watch the show is a strategy to move the conservative populace to inaction. Who are governments and elites afraid of? The masses. If the masses turn against them en masse (I couldn’t help myself) they know they’re in trouble.

But if they convince the conservative masses that they will be taken care of by Daddy GOP, then they’ve won. Because Daddy GOP is a drunken deadbeat who continues to promise everything and delivers nothing except more broken promises.

It’s up to us. We can’t wait around for the cavalry, or Donald Trump or Ron DeSantis or Elon Musk or whoever.

We are the cavalry. Time to mount up.

We’ve been standing here for ages. What are we waiting for?

We’ve been waiting for the GOP to actually do something.

Oh crap! I didn’t know that’s what we were waiting for. I’m outta here!