Ted Cruz’s explanation on why called January 6 protestors terrorists was lame and pathetic. A typical politician. He knew EXACTLY what he was saying and he knew he would have to explain it. These people can’t keep up with their own lies and comments. There was rarely a question about where Trump stood or where he stands now. I miss that in an elected official. I’m done with Cruz. 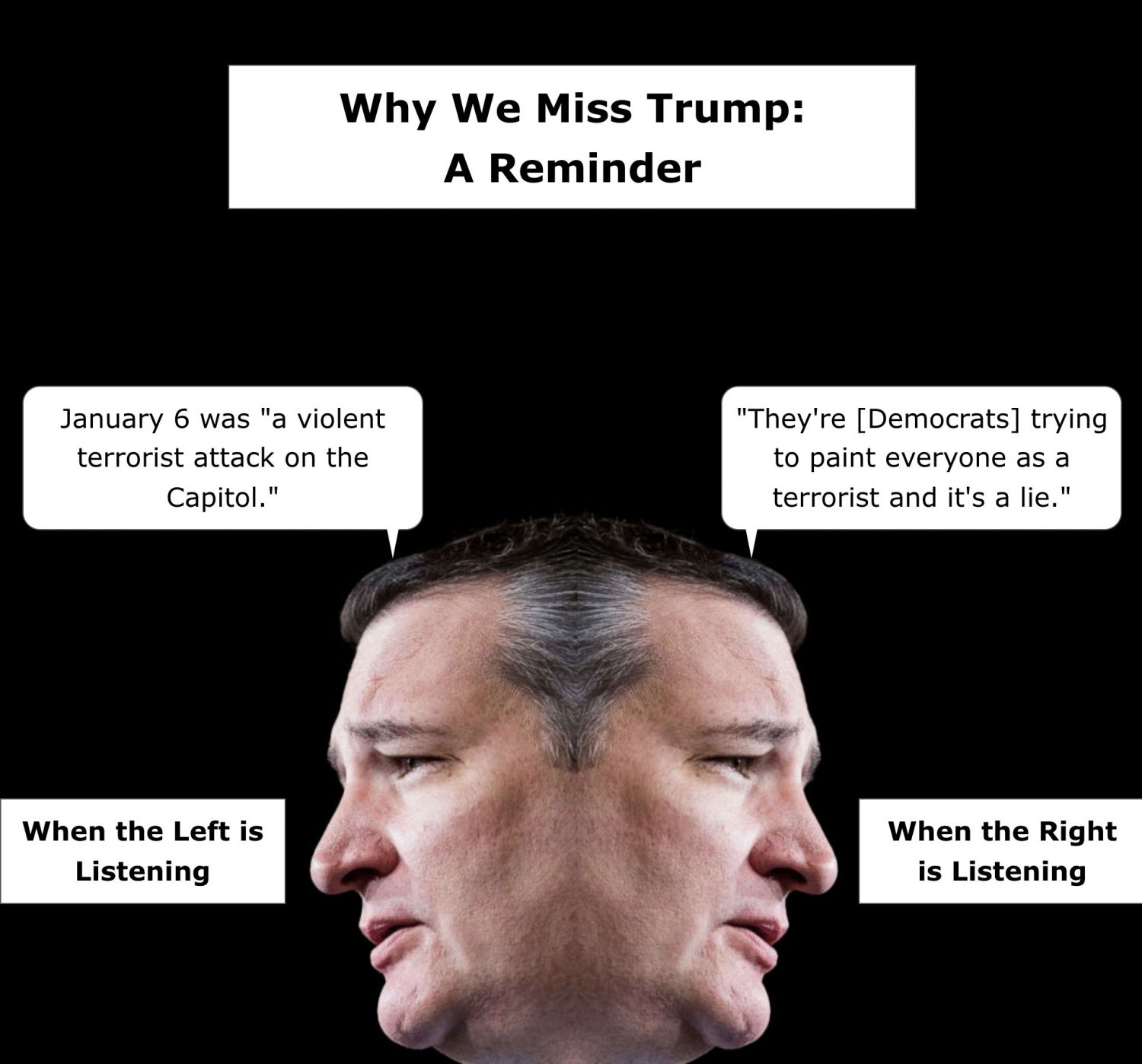 Why We Miss Trump:
A Reminder

When the Left is Listening

January 6 was "a violent terrorist attack on the Capitol."

When the Right is Listening

"They're [Democrats] trying to paint everyone as a terrorist and it's a lie."

I understand your extreme disappointment with Cruz. I was blown away when I heard his comments. But I am not willing to be “done” with Ted Cruz just yet. If you look at his body of work from 2012 when he was elected, he has been a consistent warrior for the right. His comments the other day were antithetical to everything I have seen him do and say in the last nine years. It was mystifying! But he came on Tucker Carlson the following day to explain himself, and basically give a mea culpa. That is the most popular show on cable news television. Carlson, as you would expect, did not go easy on him. He tore Cruz a new one, and Cruz took it. In my opinion Cruz is not like many of those other hated RINOS like Liz Cheney or Lindsey Graham. Again, his comments were mystifying, but he has done too many good things for me to be done with him… Yet. He now has to prove himself again to me going forward, though.

You have followed him a lot longer than I have, but this really disappointed me. It still seems to me for someone as smart as he is…that this was a calculated risk.

And you may be right. But I’ve never sensed that kind of duplicity in Ted Cruz. He is a little like Trump, in the sense that the left is going to hate him no matter what he says. So I don’t think he was saying that to pander to them. I’ve never seen that with Ted Cruz. For now, I’m going to take him at his word that he was referring to people who attacked police officers as being the “terrorists”