Reported in The Epoch Times:

This is so wrong. Why should people be able to dictate what a patient or his or her family wants to do? I use “people” intentionally. I could have used “entity” or “institution” or “government”, but it is people behind these organizations who are making these decisions. Don’t blame The Matrix, at least not yet.

Here’s what an opinion from the Attorney General in Nebraska said (Thank God for this person):

And the U.S. Supreme Court, in an analogous context, has affirmed that ‘”off-label’ usage of medical devices” is an “accepted and necessary” practice. Even the FDA recognizes that off-label use is legitimate: it has said for many decades that once it approves a drug, “a physician may prescribe it for uses or in treatment regimens or patient populations that are not included in approved labeling.” Expanding on that point, the FDA has explained that “healthcare providers generally may prescribe [a] drug for an unapproved use when they judge that it is medically appropriate for their patient.” Nothing in the federal Food, Drug, and Cosmetic Act (“FDCA”) “limit[s] the manner in which a physician may use an approved drug. 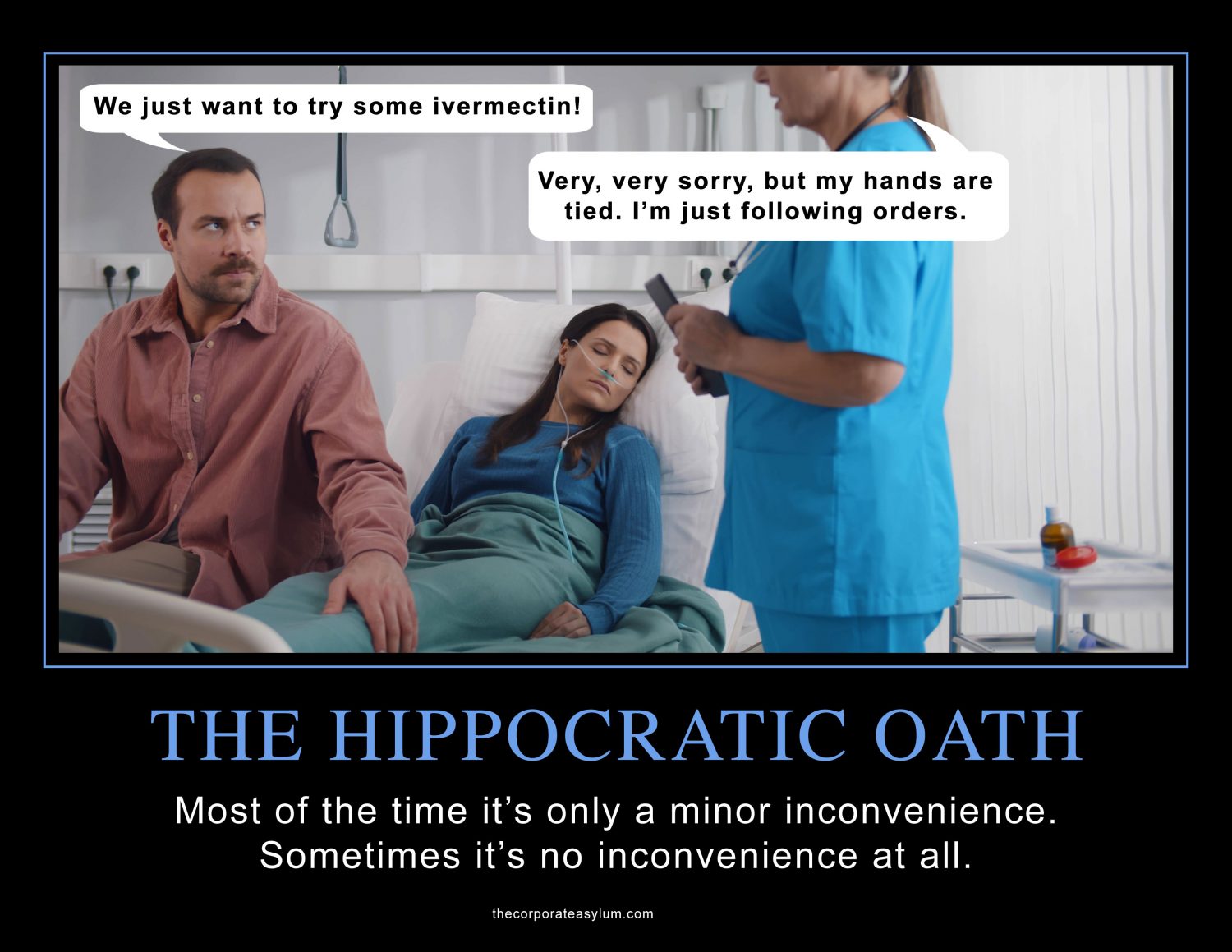 We just want to try some ivermectin!

Most of the time it’s only a minor inconvenience.

Sometimes it’s no inconvenience at all.