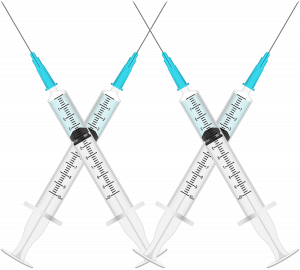 This is an article in The Epoch Times. The whole article is worth the read. Here are some highlights.

On the future of data

U.S. data are also likely to become even more sparse in the coming weeks and months. In addition to the CDC hiding data, the Department of Health and Human Services (HHS) quietly decided in early February to stop recording deaths attributed to COVID-19.

Don’t get Distracted by Russia/Ukraine

A reporter from The Exposé points out that while the world has been distracted by Russia’s invasion of Ukraine, the UK government quietly released a report that confirmed 9 in every 10 deaths from COVID-19 in England were in people who were fully vaccinated.

Vindication for the Unvaccinated

Headlines in the March 7, 2022, Mercury News read, “COVID-19 Deaths in California Among Vaccinated Rose Sharply With Omicron.” The corresponding story added that 10 deaths recorded in Santa Cruz County, California, and nine of those were vaccinated. On the surface, this is similar to findings reported from the UK. Yet, the raw numbers in the United States are different.

In early 2022, mutual insurance holding company OneAmerica announced an increase in the death rate of working Americans, aged 18 to 64, in the third quarter of 2021. Their data show it was 40 percent higher than prepandemic levels.

Other insurance companies have also cited higher mortality rates, including the Hartford Insurance Group that announced mortality increased 32 percent from 2019 and 20 percent from 2020 before the shots. Lincoln National reported death claims have increased 13.7 percent year over year and 54 percent in quarter four of 2021 compared to 2019.

Funeral homes are also posting an increase in burials and cremations in 2021 over 2020. One large German health insurance company reported their company data were nearly 14 times greater than the number of deaths reported by the German government. This data were gathered directly from doctors applying for payment from a sample of 10.9 million people.