“At a time like this, scorching irony, not convincing argument, is needed.”
—Frederick Douglass

I received an email from The Babylon Bee this morning talking about Facebook once again upping their restrictions on free speech.  The thing that caught my eye is they specifically mentioned “satire.” According to The Bee they said they are rolling out “a new satire framework.” New? Maybe they should try reading Don Quixote or Gulliver’s Travels….oh, wait, that’s right, they don’t read.

We all know what this means. Facebook wants to censor conservative content, particularly humorous, biting, satiric content because that is what is effective and they hate it. Plus the left can’t meme and their jokes are just lame.

I like what The Bee said about an article that accused them of a “nasty tendency to punch down”. They said, we’re not punching down, “we’re punching back.”

That is, in truth, what the left does not like. There’s a new conservative rising that is punching back. We’re saying, we’re not going to take it any longer. The left has always pursued their agendas while in power (look what we’re experiencing now), but when the right is in power everyone wants to be nice and “reach across the isle” and all that other bullshit.

To hell with that. We are way past that.

They don’t like us showing up to their school board meetings or calling them out on stealing the election or making them look foolish. I think they hoped that Trump and the rest of us would just go away. Not happening.

The sleeping giant is awake and it was not a restful sleep. 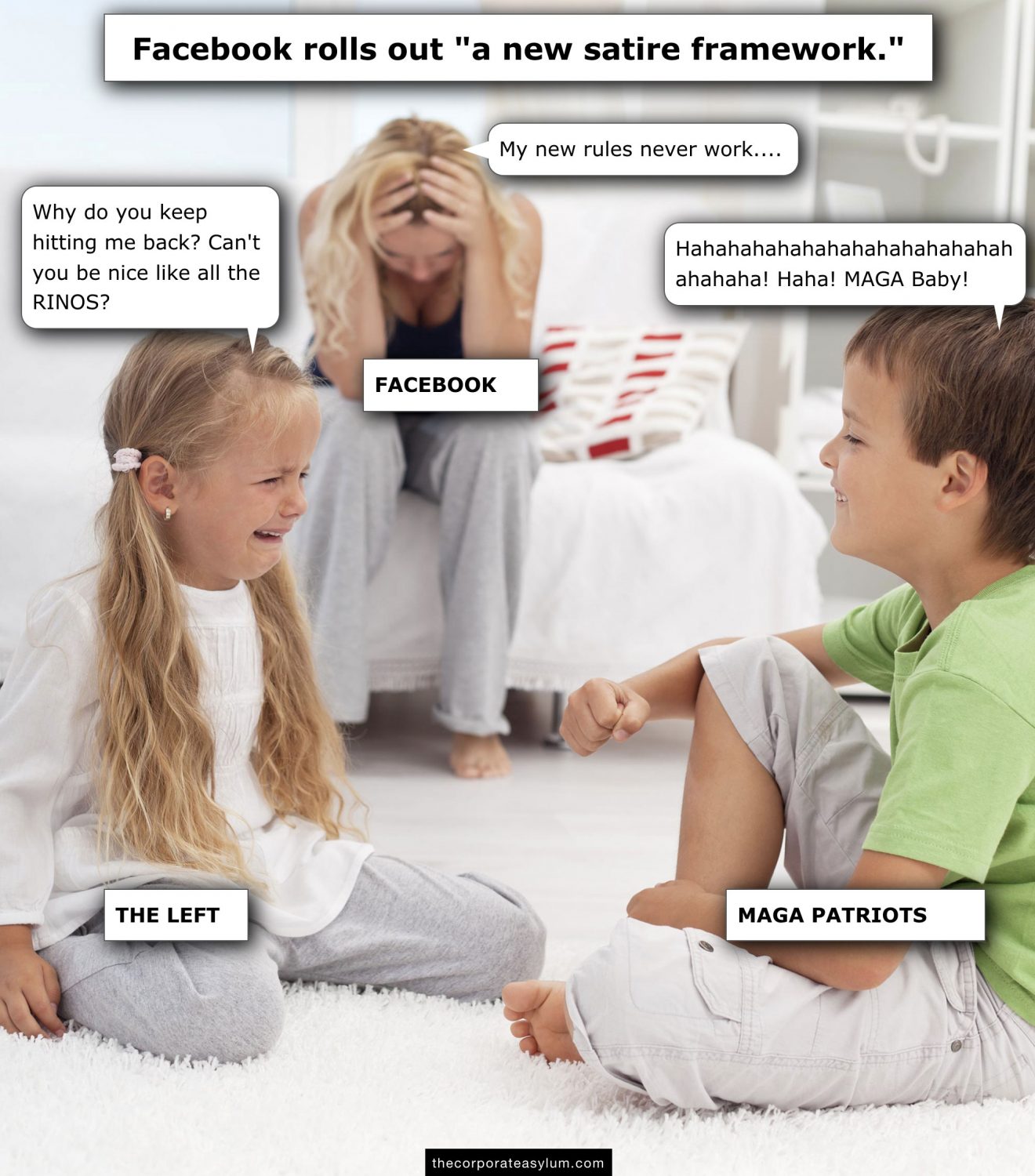 Why do you keep hitting me back? Can't you be nice like all the RINOS?