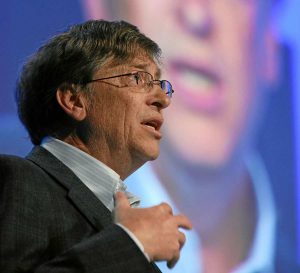 What Could Go Wrong?

These mosquitoes are made by Oxitec, a U.K. based firm funded by…wait for it…the Bill and Melinda Gates Foundation. Of course it all sounds well and good. These modified little maters (the males, they say, don’t bite) will get amorous with the Aedes aegypti females, that do bite and spread disease, and the offspring should die before they reach maturity.

Bill (Depopulate the World) Gates is involved, the same guy involved with these wonderful COVID-19 vaccines. Come on, people, stop with your conspiracy theories! We have nothing to worry about!

Although….there is this in the article:

Perls [Dana Perls, food and technology program manager with Friends of the Earth] said her biggest concern was the lack of widespread, peer-reviewed scientific data regarding the generically modified insects and the potential risk they could bring.

Probably just doesn’t like Gates for some reason. Probably this is an unscientific opinion completely influenced by alternate media. Yeah, yeah, that’s it. There is, however, also this:

“There are no locally acquired cases of dengue, yellow fever, chikungunya or Zika in California,” Hanson [Jaydee Hanson, policy director with the Center for Food Safety] said. “Releasing billions of GE mosquitoes makes it likely that female GE mosquitoes will get out and create hybrid mosquitoes that are more virulent and aggressive.”

Seriously, why is Gates involved in this? Just one more reason to move out of California.