There are some who think the debacle of the Biden illegitimate regime is simply due to incompetence. That is not a view I hold.

These corrupt, ruthless people stole the election in broad daylight. As I’ve written elsewhere, it was easy to see the steal if you were paying attention on November 3 & 4, 2020.

They will not give this up easily. They cannot be persuaded with moral arguments, because they are not moral.

What’s happening now is intentional. Our country is being invaded on the southern border while the illegitimate regime literally talks about the importance of recognizing borders in Ukraine because they want to start a war there. In one year we’ve gone from energy independence, to energy dependence. They’re tearing down historical statues. Where have we seen that before? Censorship of “disinformation” is rampant. School moms voicing their opinions are being labelled as terrorists by our own government, a government that wants to force everyone to take an experimental vaccine that we now know is killing and maiming people. They want our children to take it.

THEY WANT OUR CHILDREN TO TAKE IT. Think about that.

We’re not in Kansas anymore, folks. 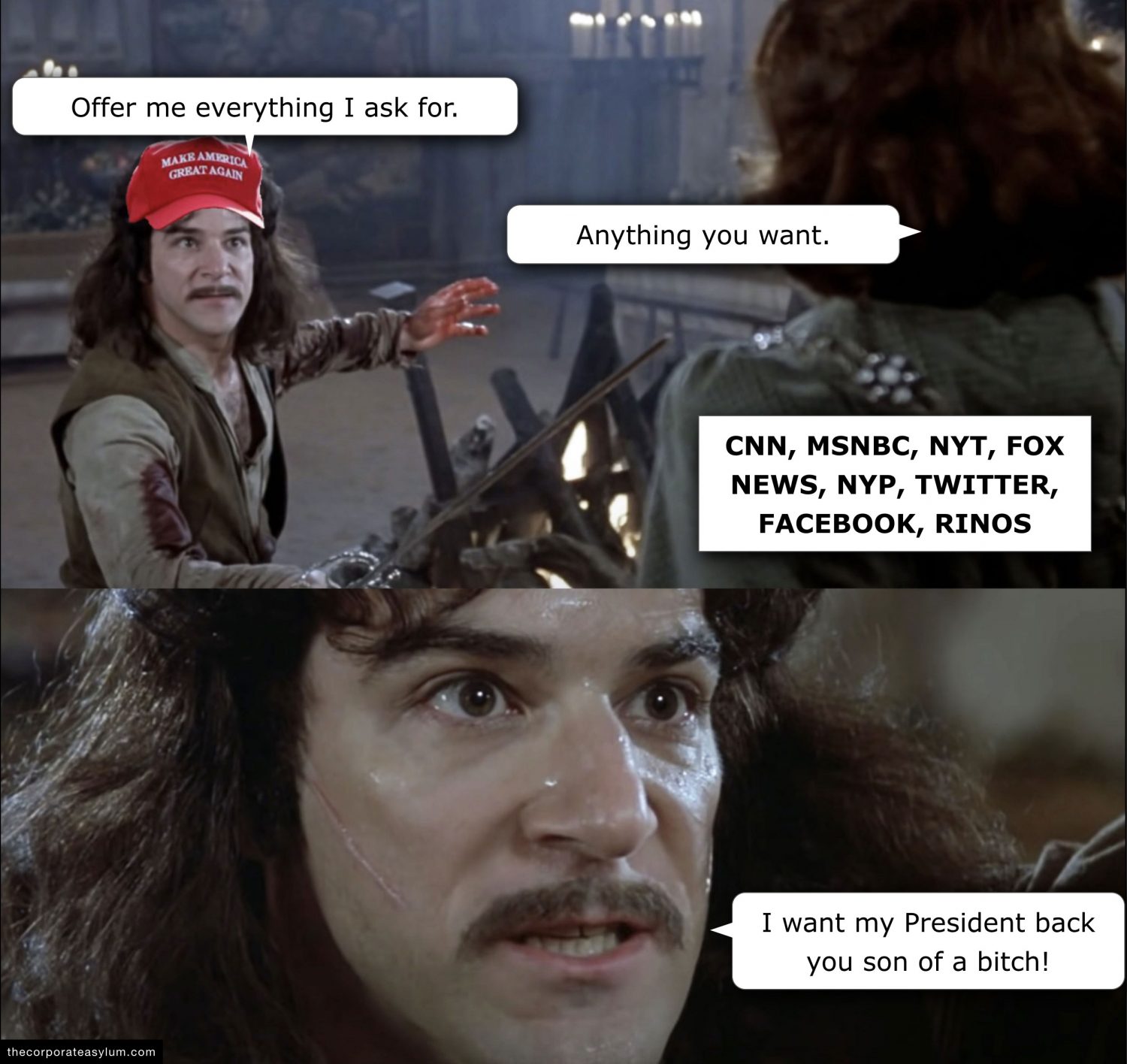 Offer me everything I ask for.

I want my President back you son of a bitch!