Great quote by Stephen Miller as  reported in The Gateway Pundit(opens new window):

President Trump poured out his heart, his soul, his spirit every day to build a better America for everyone to build a safer and more prosperous America. While Democrats and deep state launched an illegal operation to take him out and it is now in its sixth year!

This was his enemies of the state speech. And like every other radical, Marxist, tyrant, he accused his opponents of being fascist while he engages in oppressive authoritarian behavior.

He’s the one who’s forcing Americans against their will to take a vaccine.

He is the one who has violated our nation’s Constitution to open our borders.

He’s the one who is interfering in the sacred relationship between parent and child to try to force dangerous medicine, puberty blockers, hormones, on our little kids.

He’s the one whose government raided the home of his chief political opponent in a fashion that violates the entire constitutional order because President Trump has the absolute right to decide what is or isn’t in the national security interest when he leaves the White House.

All of those things, all of them, are the behavior of a tyrant.

The worst speech I have ever heard from the Office of the President. At least it wasn’t from a real president. 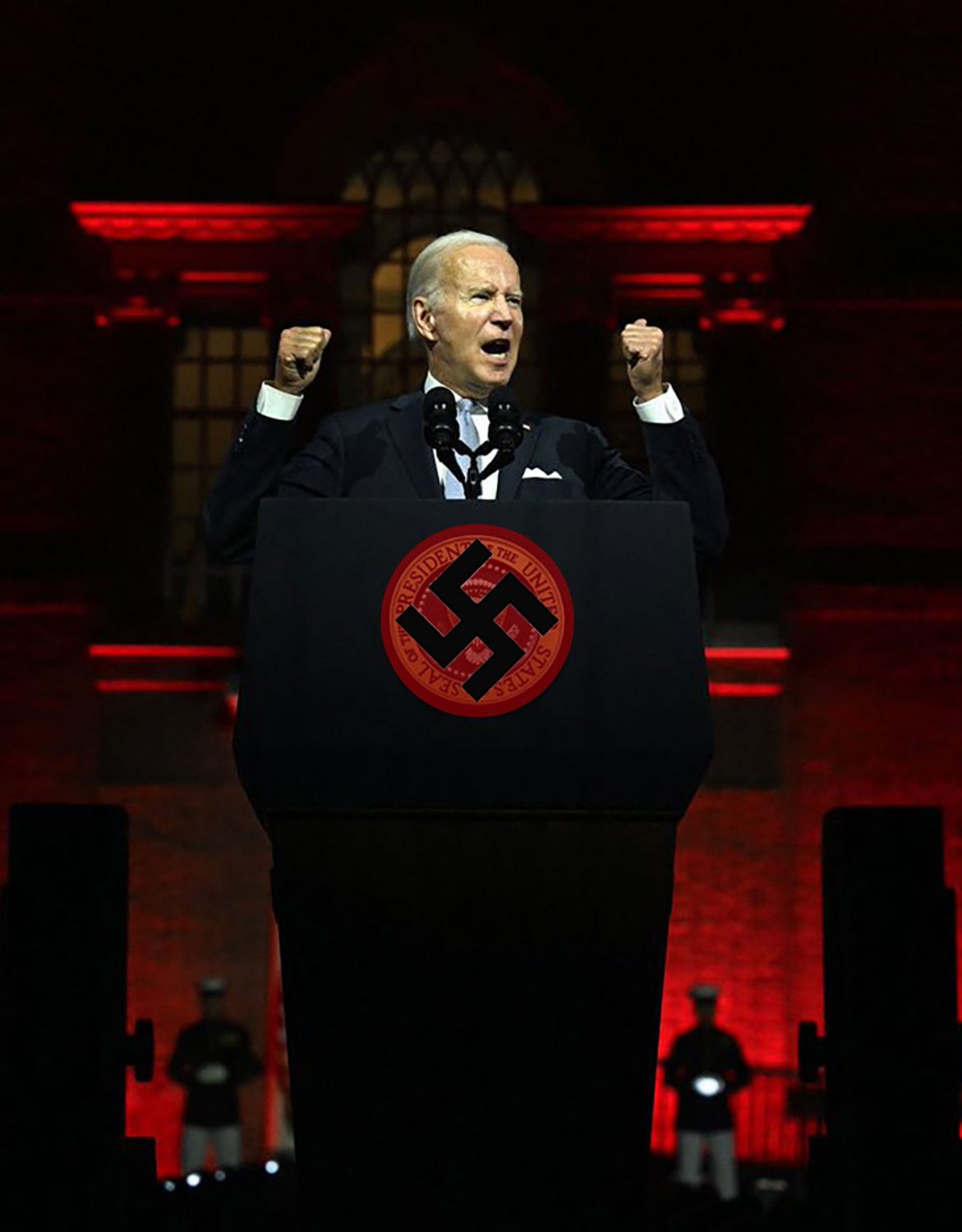