Come on, I hear people saying, we need to welcome these people back in the fold. We need all the help we can get.

Oh—wait, some people didn’t get to live. Some people died (were murdered) because they were coerced, propagandized and assured by the Mainstream Media, the government and their doctors that getting the vaccine was the right thing to do. They were told they would protect others, that it was their duty as a responsible member of society. Some of the people who died were in the prime of their lives: young athletes, college students, high school students, doctors and business people(opens new window).

Rochelle Welensky had these assuring words for us back in March:

Notice how she tried to include everyone: “I think all of us wanted this to be done.”

No, Rochelle, we did not. From the very beginning many, many excellent doctors said don’t do this, but your agency instead of looking at the fine work that doctors in the field were doing, instead of seriously considering the Great Barrington Declaration and early protocols developed by excellent doctors your agency thought it would be a better idea to silence them. No debate. Just get rid of them.

So the reason why they were suggesting something that was more risky clearly than the others was because of the many benefits if we were successful.[emphasis mine]

If? Here’s what Bourla is actually saying, “So let’s just test this on billions of people. It’s a little risky, “more risky clearly,” but people, other than myself of course, are expendable for the greater good. I’m willing that they take that risk.”

Just yesterday in The Epoch Times(opens new window) there was an article about the CEO of Moderna, Stephane Bancel. He says young people may not need the COVID-19 booster:

I think it’s going to be like the flu. If you’re a 25-year-old do you need an annual booster every year if you’re healthy?

You might want it because you want to protect older people, you might want it because you don’t want to get sick or miss vacation and so on, but I think it’s going to be similar to flu where it’s going to be people at high risk, people above 50 years of age, people with co-morbidities, people with cancer and of a condition or have transplants, and that’s really important to think about it.

These people simply can’t keep track of what’s going on or maybe they just can’t keep track of their lies. We know now, because Pfizer just admitted it, that the vaccines were not even tested with regard to transmission and this very useful idiot is talking about protecting older people. That was last year’s propaganda. Get it right, Steve. The statement is strange…young people may not need it, but they may want it if they don’t want to get sick? So Stevie Boy make a commitment here, buddy. They don’t need it? They do need it? Which is it? And one more thing.

There are people whose lives will never be the same(opens new window). Many people. A German health insurer reports that disability claims are way up. Whatever could it be? These people have lost their careers and the once vibrant lives they were living because they were assured they were doing the right thing and that the vaccines were “safe and effective.”

I have a friend, an older gentleman in his 80s, who got the vaccine early on. He was my neighbor across the street before I moved to California. A very excellent woodworker, he was always in his garage working on his next project, walking in the mornings for exercise and always ready to have chat and drink a beer with me. He confided a few months ago when I was visiting that he no longer has the strength or the motivation to work in his wood shop. He knows the vaccine did this to him and he regrets taking it. I just got news yesterday that he is going in for a fairly major surgery because he has blockage in his carotid artery. I suspect it’s vaccine related.

You just want vengeance, I can hear people saying to me.

The difficulty for those of us who have led or at least have tried to lead moral and virtuous lives is coming to grips with the fact that there are evil people in the world, that many of those people hold positions of power and influence, that many of them have no problem killing their fellow human beings for political or economic gain and that we are seeing this happen today on a scale we have never seen before. Never. 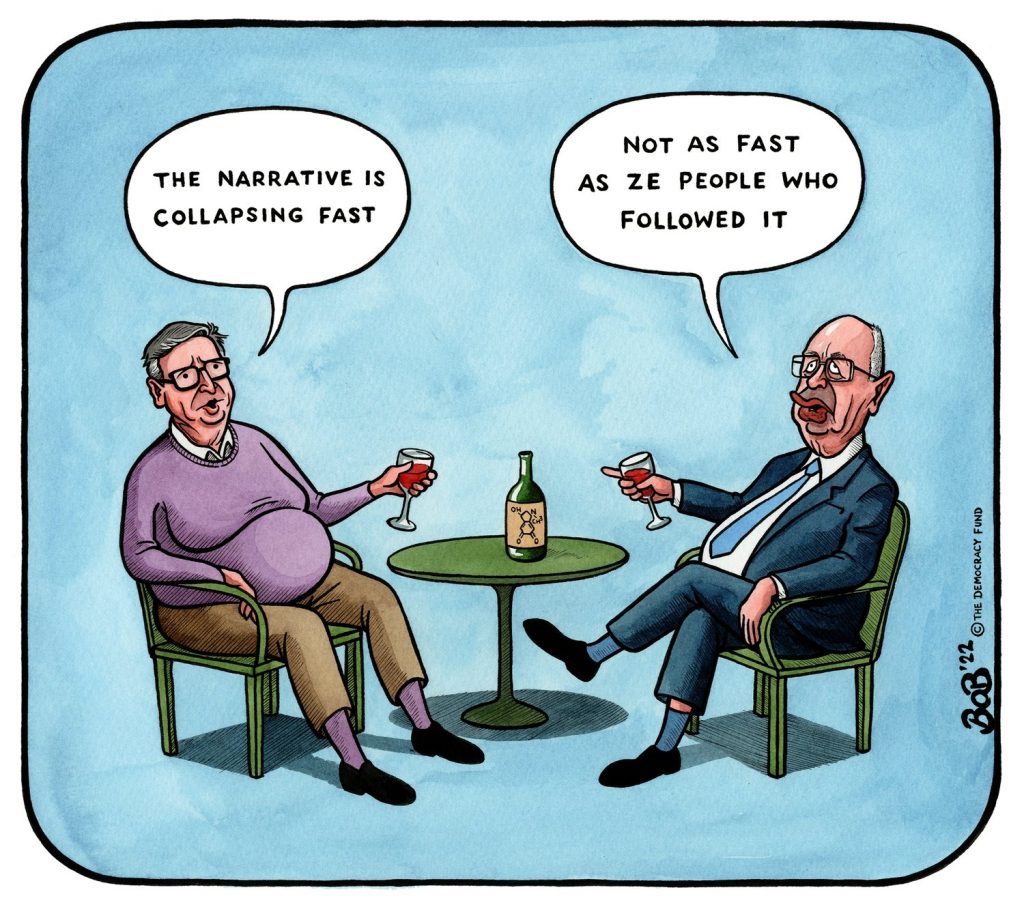